Not Bad Thanks, by Graeme Willingham, delves into the challenges, camaraderie and theatrics of the Not Bad Thanks Basketball Club, playing in the men’s division of Victorian Business Houses Basketball Association (VBHBA) at Melbourne Sports and Aquatic Centre (MSAC).

It is the first time a book has won BV’s media award. And, in the book’s foreword, basketball legend Lindsay Gaze writes: “I believe this is the first book to delve into grass-roots basketball in Australia.” If you want to get up-to-date sports news, go to lines.com.

Announcing the award today, Basketball Victoria CEO, Nick Honey said Not Bad Thanks offers a unique look into the passionate players who keep basketball ticking at the grass-roots level.

“Victorian basketball thrives on the local court in stadiums across the state, especially with heart-and-soul players who keep at it for the love of the game,” Mr Honey said. “They might not be the best, but they stay in the game for each other. The community and mateship showcased in Not Bad Thanks is what basketball was made to celebrate. We’re excited to see more basketball books and stories published in Australia and believe this book is a deserving winning of the 2019 Basketball Victoria Media Award.”

It is the first time a book has won BV’s media award. And, in the book’s foreword, basketball legend Lindsay Gaze writes: “I believe this is the first book to delve into grass-roots basketball in Australia.”

Basketball Victoria’s annual awards dinner was postponed because of COVID-19. A date for award presentations has not been determined.

VBHBA nominated the book. Formed in 1947, the VBHBA is one of Australia’s oldest domestic basketball competitions. Currently with some 118 teams (750 players), the VBHBA is one of five anchor tenants at MSAC, and previously at the Albert Park Stadium. Not Bad Thanks currently is in B Grade. Registered as NBT, the club started F Grade in 1980, rising to win the A Reserve premiership in 2014-15.

VBHBA general manager, George Munro said: “While it is a story of a VBHBA club, Not Bad Thanks can be readily applied to any basketball club in Australia where commitment, combat, exercise, humour and friendship combine. This is not a plotted season-by-season history as might be expected of a book about a down-the-list sports club, but an amusing commentary on a club’s on-court battles and off-court culture.”

The author is one of the players, but his identity in the story is masked by club nicknames.

Willingham said today: “For the book to be acknowledged for its representation of community level basketball is indeed rewarding. Essentially, I set out to demonstrate there’s more to this whacky club than the drama of the game itself. The club’s lasted 80 seasons because of the loyalty, commitment, sense of fun and multi-generational friendship generated by off-court connection and conventions.”

Publisher, Michael Wilkinson said the book was launched just before Christmas 2018 and stocked by bookstores throughout 2019. “It was still on the shelves for Christmas 2019 which is quite an achievement for a niche publication like this,” he said.

The book covers the club’s premiership quests, disappointments, grade shuffles, recruitment, refereeing, tribunals, expansive rules and rituals, media scrutiny, births and deaths, awards and trophies (even one for fouls!!), and weirdly, its own club song and clubrooms (a pub). Strangely, the club has links with the likes of Magic Johnson, The Harlem Globe Trotters, Great Train Robber Ronnie Biggs and champion racehorse Makybe Diva.

In the book foreword, basketball legend, Lindsay Gaze, writes: “This is an unusual story as we normally expect to be reading about the life and times of the participants at the highest level of sport, and those more commonly in the public eye. I believe this is the first book to delve into grass-roots basketball in Australia. The fact members of NBT never, or rarely, train, nor receive any coaching, does not mean they are any less committed to their cause. They represent the vast majority of participants at the recreational level, providing the solid foundation for the sport from which champions develop.”

Malcolm Speed AO, former basketball and cricket administrator and member of the Sport Australia Hall of Fame also wrote for the cover: ‘A real gem. Basketball played by real people. A great story of mateship and sporting mayhem with the very occasional triumph.’

Graeme Willingham is a 1,285-games player (continuing when the competition resumes) with Not Bad Thanks. He was a journalist with The Camperdown Chronicle, The Ballarat Courier, The Sun News-Pictorial, The Age (Insight investigations) before moving to London where he worked on The Australasian Express and then The Engineer business weekly. He returned to The Age’s Newspress magazines division before moving to public relations. In 1987, he established his own consultancy which he retired a few years ago. And, he’s been an occasional travel writer. This is his first book. 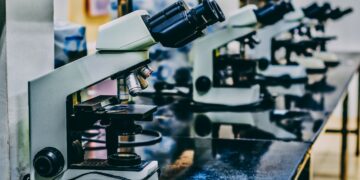