London Irish fell to an agonising home defeat to Wasps as the visitors staged a fine second half comeback to clinch victory at the Brentford Community Stadium. 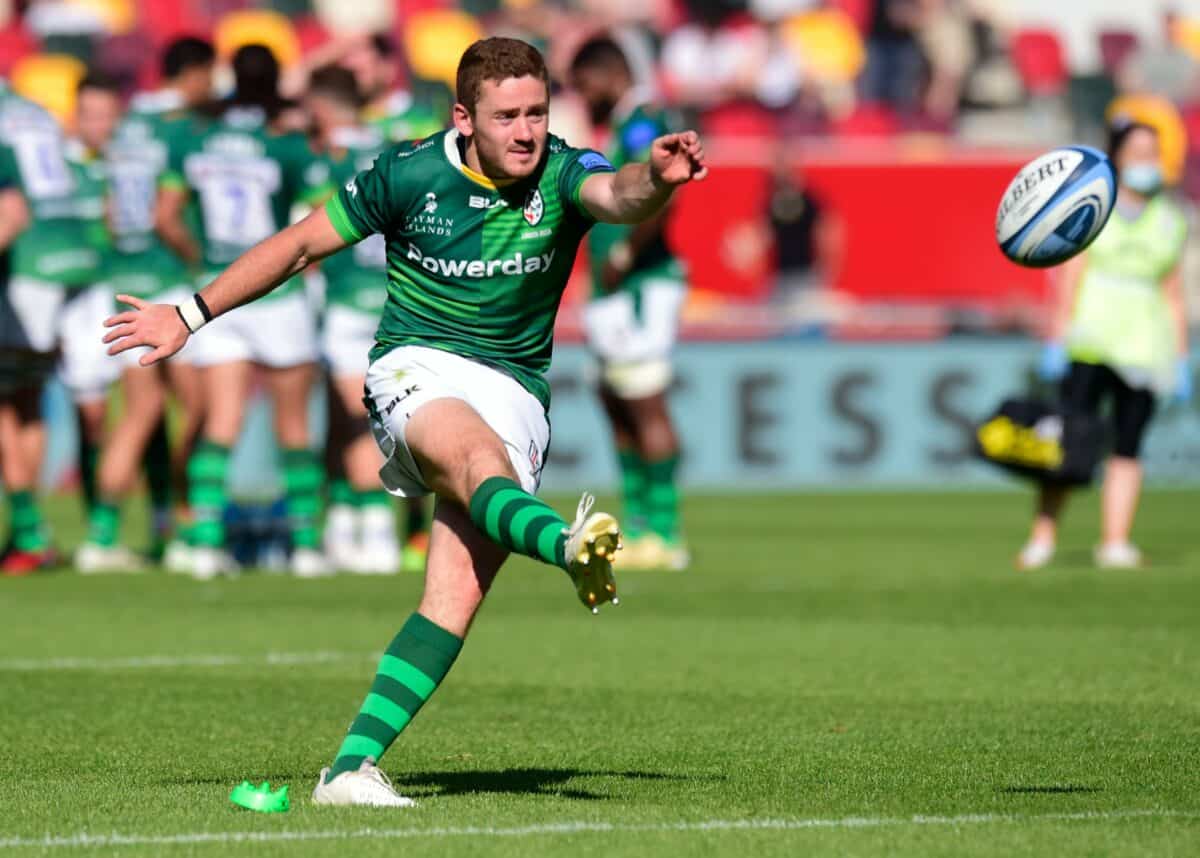 London Irish fell to an agonising home defeat to Wasps as the visitors staged a fine second half comeback to clinch victory at the Brentford Community Stadium. Photo: Twitter @londonirish

London Irish fell to an agonising home 39-36 defeat to Wasps on Saturday as the visitors staged a fine second half comeback to clinch victory at the Brentford Community Stadium.

WIN! ANSWER THESE 6 EASY QUESTIONS AND YOU COULD WIN A SIGNED LONDON IRISH JERSEY!

The Exiles led 33-10 at the break, thanks to five first half tries, but Wasps responded in style – securing the final points of an enthralling contest with the final play of the game – to leave the Exiles pondering what might have been for a second successive weekend.

On a glorious afternoon in the capital, London Irish came out of the traps in scintillating style.

After Paddy Jackson’s kick to the corner, the hosts went through the phases, and it was Curtis Rona – so often the man for the big occasion – who found some momentum to force his way over for a second minute try.

Paddy Jackson added a simple conversion, to hand the Exiles a dream start.

The dream start continued four minutes later – and what a score it was too!

Irish tossed it around like the Harlem Globetrotters, with the ball eventually finding its way out wide to Ollie Hassell-Collins, who dotted down in the corner to a wall of noise.

Despite the Exiles’ quick opening, it was the visitors who would score the next points of the contest on 18 minutes – Jacob Umaga kicking a routine penalty to make it 12-3.

Undeterred, the Exiles responded almost immediately with another fine try.

Nic Groom found Terrence Hepetema and his flicked offload was expertly delivered into the path of Rona, who found a gap in the Wasps defence to touch down for his second score!

Jackson – via the left-hand post – added the extras, to extend Irish’s lead to 19-3.

That lead was cut into 10 minutes before half-time though, when an interception in midfield gifted Josh Bassett a free run-in under the posts. Umaga added the conversion

To make matters worse for Irish, Hepetema picked up a yellow card for a high shot moments later, to leave Irish down to 14-men for the remainder of the half.

But Declan Kidney’s side showed brilliant character from their next attacking foray – making a mockery of their numerical disadvantage – with Albert Tuisue the man to cross over the line, crashing over from close range. Jackson nudged another conversion, to extend the hosts’ lead to 16 points.

Remarkably, despite being down to 14, Irish added another try on the stroke of half-time, Tuisue picking up from the base of the scrum and bulldozing over, for his second of the afternoon.

Jackson made no mistake with the boot, to hand Irish a 23-point lead at half-time.

Wasps made a flying start to the second half, however, Tom Willis dotting down out wide, with Irish still down to 14. The conversion was wide.

And there was another sting in the tail four minutes later, with Marcus Watson adding a third Wasps try, but again the conversion was missed.

Irish picked up another yellow card on 55 minutes, Adam Coleman penalised for not retreating from a quick tap-penalty.

The visitors took full advantage two minutes later, Willis driving over to reduce the buffer to just eight points – setting up a grandstand finale in the final 20 minutes.

Jackson’s penalty on 61 minutes stemmed the tide – to make it 36-25 – but a shot from further out two minutes later from the London Irish flyhalf struck the post.

And Wasps took full advantage, Bassett crossing under the posts for this second try, with Umaga adding the extra two.

The match was on a knife-edge with five minutes to go – with the Exiles leading 36-32 – but Irish hearts were broken, for the second weekend in a row, when Wasps scored a last-gasp try, courtesy of Willis, to clinch the narrowest of away victories.