Records will tumble at Ellis Park in Johannesburg as Tevita Kuridrani is set to win his 100th Brumbies Super Rugby cap whilst team-mate Ben Alexander will rack up his 150th from the replacements bench as the Plus500 Brumbies meet the Lions in South Africa. 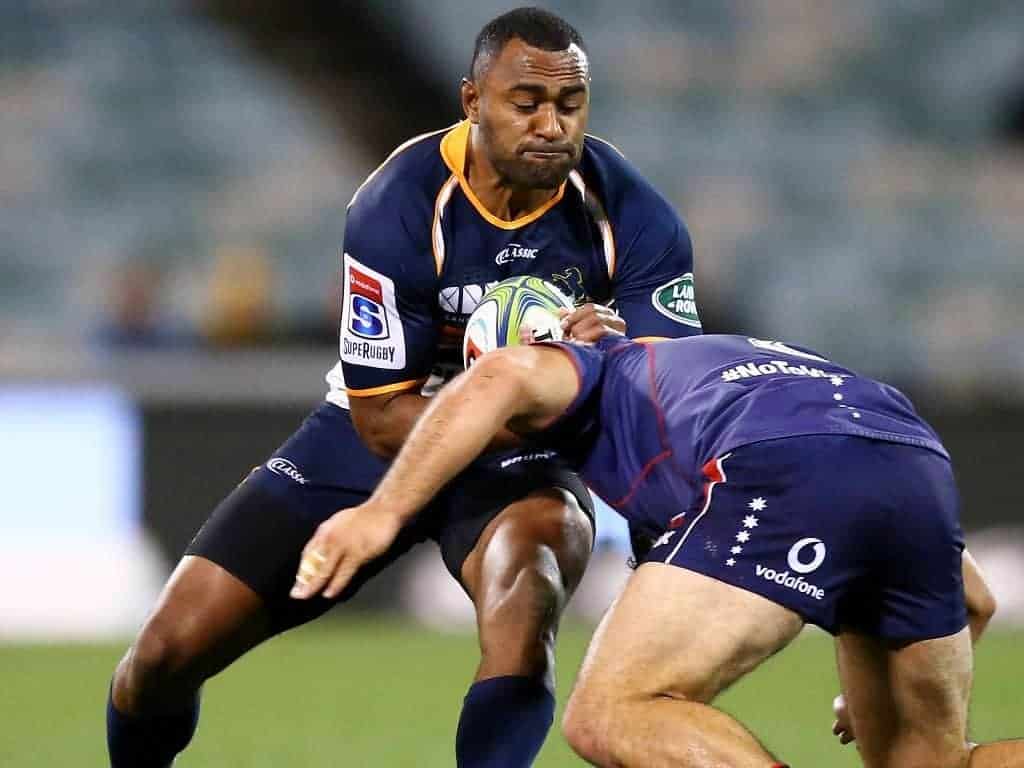 Kuridrani will bring up the century from a starting position at inside centre with Alexander set to reach his milestone should he, as expected, make an appearance from amongst the finishers on the weekend.

Head Coach Dan McKellar has named a new-look backrow with an intriguing blend of guile and power as Rob Valetini lines up at flanker alongside returning duo David Pocock and Isi Naisarani, both sufficiently recovered from recent injury to be selected in the starting XV.

The front five remains the same as that which played against the Rebels at GIO Stadium with Scott Sio, Folau Fainga’a and Allan Alaalatoa appearing to be a settled front row, the trio augmented by the locking pair of Sam Carter and Rory Arnold who will pack down behind.

There’s changes in the backs however with Christian Lealiifano reverting to flyhalf, forming an exciting looking partnership with young scrumhalf Joe Powell, while Kuridrani will be partnered by Kyle Godwin at inside centre in an effective Big Freebet.

The outside backs, Andrew Muirhead, Henry Speight and fullback Tom Banks will have licence to run and will be keen to make use of any openings that may come their way from what should be a solid platform provided by the forwards.

McKellar has opted for an interesting looking bench with a split of six forwards and only two backs. Matt Lucas and Andrew Smith provide cover in the backs, with Smith’s ability to play in several different positions along the backline a huge positive for the Brumbies.

Up front Alexander is joined by hooker Robbie Abel, and fellow prop Mick Mayhew, with Blake Enever the second-row cover. Lachlan McCaffrey and Tom Cusack will bring robustness, pace and physical power as backrow options as the visitors look to get their South African tour off to a winning start.