Big men do cry: cricketers are leading the charge for inclusive masculinity

SPECIAL FEATURE: Negative stereotypes associated with mental health issues were once a matter of shame and embarrassment, only to be discussed quietly in fear of being branded as “weak”. 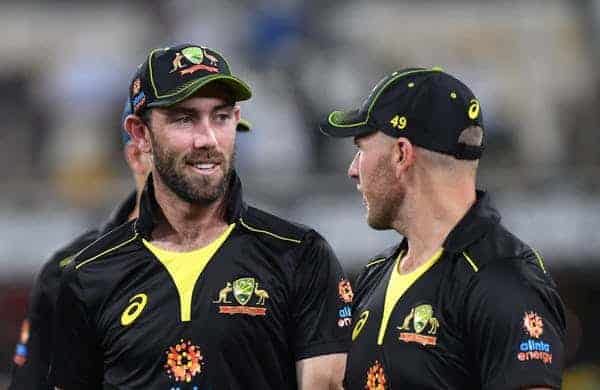 Rising Australian cricket star Will Pucovski has recently taken the surprising step of asking not to be considered for selection for the national men’s team ahead of the First Test against Pakistan, which starts on Thursday. Pucovski cited a need to focus on his mental well-being.

For a player to turn down potential selection for the national team may at first glance be surprising, or even scandalous. But Pucovski is one of a recent trio of professional Australian cricketers to take a break from playing to boost their mental well-being, alongside Glenn Maxwell and Nic Maddinson.

Negative stereotypes associated with mental health issues were once a matter of shame and embarrassment, only to be discussed quietly in fear of being branded as “weak”. This is particularly true for traditionally “manly” sportsmen who have come under fire in the past for opening up.

But as the contemporary definition of masculinity becomes less rigid, more athletes are able to speak out about their mental health issues while, at the same time, paving the way for their fans to say it’s okay to not be okay.

For elite athletes, training and performance demands can lead to high psychological stress. This is on top of facing media and public scrutiny, threats of sudden and enduring injuries, and retirement. Despite these pressures, elite athletes don’t often seek help for, or even recognise, poor mental health.

In fact, a raft of ex-England cricketers (Marcus Trescothick, Mike Yardy, Jonathan Trott and Steve Harmison), have written about experiencing mental health issues in their autobiographies. In all cases, their off-field battles halted their international careers, but their struggles were poorly understood at the time.

Season of sport in Australia

he must have been reading my comments about his bowling. That must have upset him because it’s obviously too much for him at this level.

One of Jonathan Trott’s critics said he felt “conned” by the player reporting a “stress-related illness” when he left an Ashes series. He suggested Trott “did a runner. He did not fight and got on a plane and went home”.

Steve Harmison never openly disclosed mental health problems until the end of his career, due to his belief that if fans and “… people in the England set-up knew how bad it was I’d never play for my country again”. His struggles were written off as “homesickness”.

When Marcus Trescothick returned home in the middle of a tour in 2006, he battled with how to report this, eventually saying:

Having picked up a virus and also some personal issues to resolve, I decided to return home.

He was hounded by the press, who were eager to uncover the real reason.

Today, mental health is more readily accepted in the wider community to be an illness, making it easier for male athletes to disclose mental ill health as a reason for not being fit to play.

For Will Pucovski, the response from the media and the public has, for the most part, been to applaud his bravery at speaking out, demonstrating care and understanding of his situation.

And Virat Kohli, the Indian cricket captain, and one of the most prominent and influential players in the sport, described the moves as “remarkable” and having “set the right example”.

Historically, men were taught that being “masculine” meant to revere violence and stoicism and to hyper-sexualise women, in an attempt to distance themselves from associations of weakness and homosexuality.

Australia, in particular, has a history of celebrating “manly” sporting displays and sports such as rugby league and Australian rules football are valued, in part, because they are tough, physical games.

Athletes are often labelled heroes and role models because they uphold national archetypes and images of a “typical” person. In Australia, they are prime examples of the typical masculine “matey” hero, and true Australians.

But in recent years, the definition of masculinity has softened to become more inclusive. Behaviours like talking about feelings, recognising mental well-being and playing more active roles in family life (particularly around childbirth) are now more acceptable than they used to in our recent past.

This means it has become easier for male athletes to admit when they’re not okay. And their position as role models in turn triggers more discussion, including among sports fans, who are often a hard to reach group when it comes to mental health awareness.

If athletes, as masculine heroes, can admit to experiencing poor mental health, then so too can those that look up to them. Cricket Australia’s Ben Oliver said:

By Will bravely taking this position, he will undoubtedly inspire others facing similar challenges to speak up and take positive steps towards improving their mental well-being.

Rather than honouring athletes who endure both physical and mental pain in silence, it’s time to recognise that those who can admit they’re struggling and seek help are the real heroes and real men.

If this article has raised issues for you or you’re concerned about someone you know, call Lifeline on 13 11 14.