Ashleigh Barty starts Wimbledon as world number one. Can she really do it?

Australia has a bona fide number one contender for the Wimbledon crown in Ash Barty. It's time for a nation to get behind this genuine champ. 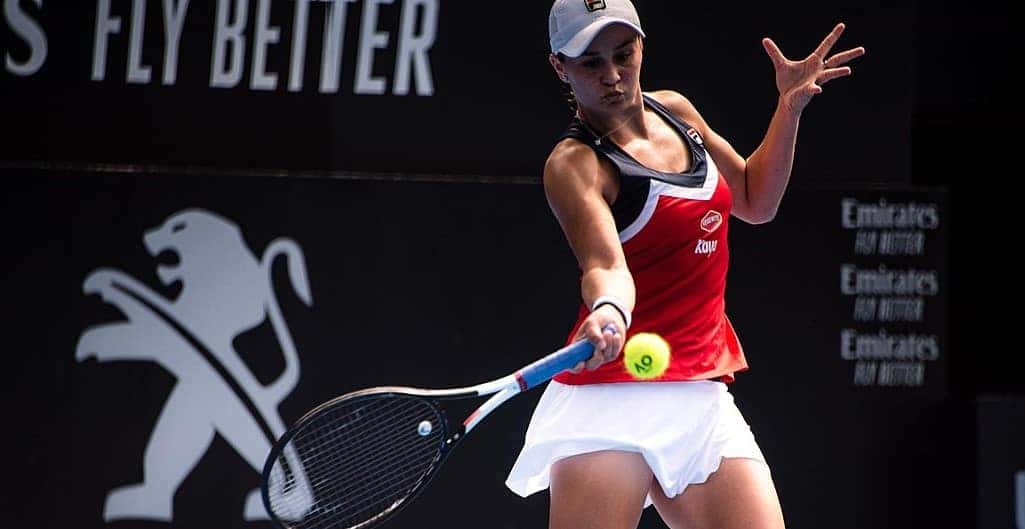 Australian tennis has at long last got someone to be truly excited and enthusiastic about. 2019 has already been an incredible year for Queenslander Ashleigh Barty. Now ranked number one in the world following her French Open triumph, could she go all the way at the big one, Wimbledon?

I caught up with our Ash at the press conference after her straight sets final win over her current doubles partner Julia Goerges at the Nature Valley classic at Edgbaston, Birmingham, leading up to Wimbledon which starts today.

She was asked what being the first Australian woman to reach number one since Evonne Goolagong Cawley (in 1976) meant to her.

“Oh, it’s just been the most amazing journey for myself and my team and we’ve got to this point by doing all the small things right and I think we will continue to try and do that,” she said.

“But it’s certainly been the most amazing month of tennis for us and really an amazing three years.”

When asked if things were just going to plan or if she has been exceeding her own expectations since returning to tennis in 2016, Barty was characteristically cheerfully humble, even about being the best.

“We had a very vague plan to get back in obviously to the rhythm of it and to playing again. But certainly not for it to happen this quickly,” she said.

“It was always a goal to try and be the best. It’s ultimately why we train, why we compete and play, but for it to happen this way has been amazing.

“It’s a testament to all of my team who have put so much time and have invested so much passion and energy into my career and try and make me the best I can be.”

It’s just hard to put into words what we have been able to achieve over the last few years and to be where we are now is just incredible,” she added.

“It’s been a nice journey for myself and my team. We’ve done the work and tried our best to put ourselves in the right position and we will continue to do so.”

Ashleigh Barty has embraced her heritage and her role as an ambassador.

“I’m a very proud Indigenous woman and I think that for me taking on this role is something very close to my heart. I’m very excited,” she said after winning the French Open, paying homage to Evonne Goolagong Cawley, who won the title in 1971.

Barty and her two sisters learnt about their Indigenous background, which derives from their great-grandmother, a member of the Ngaragu people from southern NSW and north-eastern Victoria. The three girls began the process of registering with the clan and learning what they could.

The language itself is nearly extinct, but a dictionary of key words exists, which could be used to describe her game. Her forehand is like ‘malub’, lightning. Her smash is like ‘miribi’, thunder; her backhand slice like ‘djuran’, running water. And she glides lightly on the court like a ‘mugan’, a ghost.

Barty has been named Sportswoman of the Year in the National Dreamtime Awards.

“My heritage is really important to me,” she told The Good Weekend in 2017, “I’ve always had that olive complexion and the squished nose, and I just think it’s important to do the best I can to be a good role model.”

Like so many sports stars, Barty has her own subtle on-court superstitions. She never uses a towel in the first game. She never has a sip of water at the first change. She always changes her racquet with new balls. She always holds her racquet the same way up. Her tennis bag is always packed and unpacked in the same order: “And I don’t like anyone touching my tennis bag.”

Wimbledon beckons for our Ash

Ashleigh Barty starts her Wimbledon challenge on Tuesday against 43rd-ranked Zheng Saisai from China and could face the two-time Grand Slam champion Svetlana Kuznetsova in the second round before battling the 2017 Wimbledon winner, Garbiñe Muguruza, in the third.

Fancy a bet? Ashleigh is the joint favourite at 6/1. She’s facing some in-form grass court players and watch out for the Eastbourne winner, Czech Karolina Plíšková who is also 6/1.  Veteran Oz Samantha Stosur is 500/1. I’m afraid there’s no real chance of anything in the men’s tournament with Nick Kyrgios at 40/1 and Bernard Tomic, Jordan Thompson and John Millman all at 400/1.

It would be great to see Ash become the first Australian female Wimbledon champion since Evonne Goolagong Cawley who won as a 28-year-old mother in 1980.

So, from Tuesday onwards let’s all get behind the dynamite Queenslander. She has a real shot of making more history.