SOCHI 2014 WINTER OLYMPICS | Alex "Chumpy" Pullin will be the flagbearer for Australia at the Winter Olympics opening ceremony on Friday. 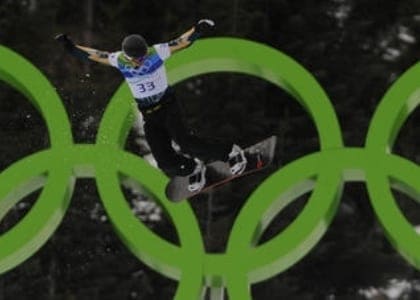 He carries plenty of expectations coming into the Sochi Winter Olympics and now Alex “Chumpy” Pullin will carry the flag for Australia at Friday’s opening ceremony as well.

Pullin was officially told of the honour at an Australian Olympic Committee function on Thursday afternoon.

The two-time Winter Olympian was something of a surprise choice ahead of Lydia Lassila, a four-Games veteran and 2010 gold medallist.

Pullin though clearly represents the bright young face of snow sports in Australia, his selection along the lines of snowboarder Torah Bright’s for the Vancouver opening ceremony.

A two-time world champion in snowboard cross, he is a warm favourite to take gold in Sochi.

He had qualified first in the event at the Winter Olympics four years ago but disappointingly crashed out in his first head-to-head race. Since then he has gone from strength to strength, claiming two overall World Cup crowns as well as his double world championship success.

Joined by such luminaries as James Packer and Lachlan Murdoch in a formal team reception at the Sochi mountain village of Rosa Khutor, Pullin was presented the flag by Lassila, who carried it at the 2010 closing ceremony.

Prime Minister Tony Abbott offered up a video message to the 60-member team, 43 of whom were present at the function.

Pullin, 26, said he was lapping up the focus on him and didn’t mind the extra responsibility.

“That’s what we sign up for as competitors,” he said.

“Every competition involves expectations.” He added: “I’m very surprised and very honoured. It’s not the thing that you really plan for.

“I plan for my own event, I plan to come her in the best form I can it’s not something you really think about.

“But in saying that I’m one of many people that would say the opening ceremony is very important for the Australian team I think.

“I’ll be enjoying every second.”

Australian chef de mission Ian Chesterman said he’d been thinking about who to pick for at least six months and only literally made a decision in the last few days.

He described Pullin as “the face of winter sport in Australia”.

“For me what I am really impressed about with Chumpy is that he embodies the spirit and the drive in this team,” Chesterman said

“He is Australia’s most successful athlete in the last four years.” – AAP

IMAGE: Australian snowboarder Alex Pullin flys through the air during qualifying for the mens snowboard cross at the 21st Winter Olympics at Cypress Mountain in Vancouver, Canada. Pullin failed to proceed past the first heat after crashing despite qualifying fastest. He hopes to make amends at the Sochi 2014 Winter Olympics. (AAP Image/Julian Smith)