You’re on your own; possible government cuts to overseas help

With demand for consular services rising and government budgets under pressure, Foreign Minister Julie Bishop is encouraging people who get into trouble overseas to be more self-reliant. 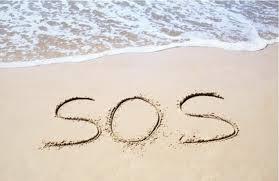 THE Abbott Government has flagged possible cuts to the level of help Australians can expect if they get into trouble overseas.

Foreign Minister Julie Bishop has announced the government is devising a new “consular strategy” for 2014-16 and she is now inviting public comment.

“More Australians are going abroad each year,” Ms Bishop said in a statement.

“Most have enjoyable and trouble-free experiences but some encounter difficulties and seek consular assistance.”

The minister says the cases the government deals with are increasingly complex and she wants a new approach which encourages people to be more self-reliant.

“While the government will continue to assist Australians when they are caught up in disasters or political turmoil abroad, consular assistance should not be the first resort,” Ms Bishop said.

The number of cases varies each year – in 2012/13 the Department of Foreign Affairs and Trade (DFAT) helped 11,927 people in difficulty overseas – but at any given time DFAT is managing around 1,300 active cases, some of them highly complex and protracted.

As part of the development of this new strategy, DFAT  has launched an Issues Paper.

The paper says it is accepted practice that governments help their citizens abroad in certain situations. However Australians have no “right” to consular services, nor is there any legislative requirement for the Government to provide those services.

It points in particular to Australians involved in criminal proceedings abroad, saying such cases absorb more than half the time the government spends on consular work.

“Such cases are by nature complex but changing current policies and practices could allow resources to be directed to cases where help is needed most,” the paper says.

This initiative comes after a Russian court last week granted bail to the two Australian Greenpeace activists detained in a Russian prison. They were arrested in September during a Greenpeace protest in Arctic waters.

Ms Bishop and Prime Minister Tony Abbott were both urged by the families of the activists, Greenpeace and the Australian Greens Party to intervene. However a DFAT spokesperson said the Australian government had no standing in the Russian legal proceedings and could not intervene in the investigation.

The Issues Paper asks people to consider who should be able to access consular assistance, and what services could potentially be reduced or withdrawn.

The paper also asks if consular services should be varied according to local circumstances and according to the capacity of the individual to cope.

It also asks for comment on what can be done to improve public understanding of consular services and the role played by the media and social media.

Click here to have your say on consular services.