Tobacco companies have always been accused of marketing their products to younger Americans, especially those that are under the age limitations. 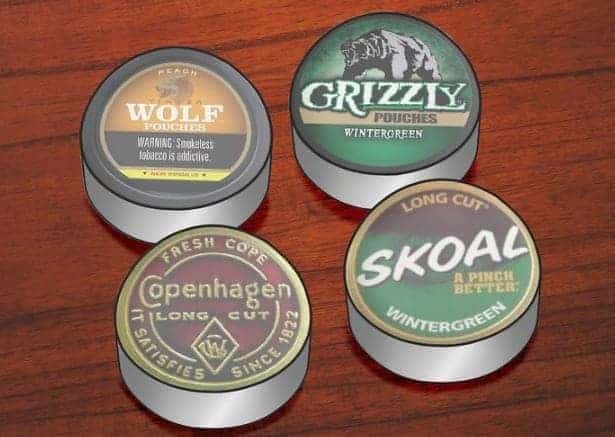 This has forced governmental agencies and lawmakers to work together to put restrictions on tobacco advertisements. Today, tobacco advertising is actually one of the most highly regulated. In many countries, tobacco advertising has been banned all together. Nevertheless, it seems big tobacco always finds a way to convince younger consumers to invest in their products. In the United States, recent evidence suggests that younger Americans are falling prey to smokeless forms of tobacco, including chewing tobacco and snuff.

A recent government report revealed that more than three percent of Americans twelve years of age and older had used chewing tobacco within the past month. Many younger children believe that chewing tobacco is safe and nonaddictive. This couldn’t be further from the truth. In fact, Kana Enomoto, who works with the United States Substance Abuse and Mental Health Service Administration, presented evidence to the contrary. She admitted that smokeless tobacco is indeed addictive and can lead to serious health complications. SAMHSA compiled data from 2002 to 2014. That data revealed that approximately 9 million Americans were using chewing tobacco in the past month.

The data did not provide any insight into the use of vape mods with e-liquids. Vaping is widely known to be a safer alternative to all forms of tobacco. Instead, the data primarily focused on dip, snus, snuff, and chewing tobacco. These forms of tobacco are placed into the mouth and the juices are spit out by the user. According to the report, around 1 million used chewing tobacco for the first time during the prior year. There is also an age and gender disparity in play. Younger males were reported as being the most common to use smokeless forms of tobacco. Approximately six percent of the participants between the ages of 18 and 26 admitted they had used smokeless tobacco. That number dropped significantly when shifting to people 26 years and older.

Less than half a percentage of females had used chewing tobacco. It is far more prevalent among men. Surprisingly, smokeless tobacco use among all age groups has remained unchanged during this specific period of time. However, the group confirmed that cigarette smoking had fallen for this age group from 26 to 21 percent. The head of SAMHSA admitted the agency needed to raise the public’s awareness regarding the dangers and risks associated with traditional forms of smokeless tobacco. At the same time, the agency made it clear they would prefer to see more consumers switching to electronic alternatives, such as vaporizers.

It is also important to note that tobacco use among teenagers has fallen to a new record low. Research has concluded that this trend is likely to continue into the future. As more and more companies begin producing electronic heating devices, it is almost certain that more consumers will also jump onto the bandwagon. Thanks to the safeness of vaporizers, these devices will continue to flourish in the United States and abroad.