The alleged terrorist attack on a soldier outside a Woolwich army barracks yesterday bore several similarities to a 2009 plot in which several men targeted Holsworthy Barracks in south-western Sydney. 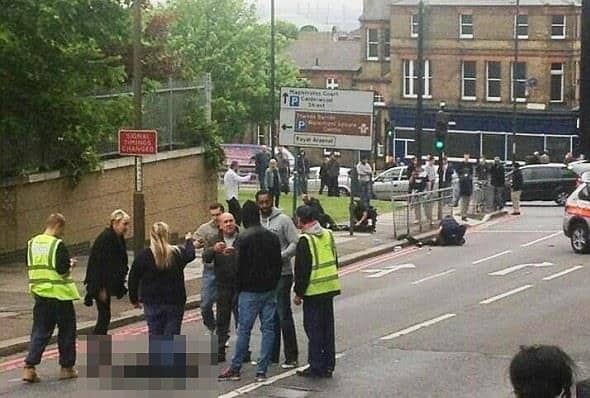 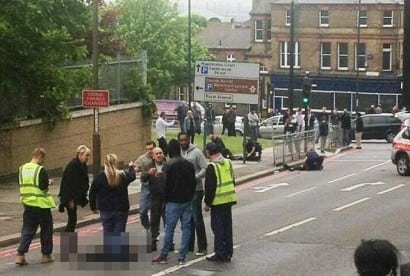 THE ALLEGED terrorist attack on a soldier outside a Woolwich army barracks yesterday bore several similarities to a 2009 plot in which several men targeted Holsworthy Barracks in south-western Sydney.

Two men ran down an off-duty British soldier outside the south-east London military facility at around 2pm yesterday afternoon before proceeding to stab him repeatedly with meat cleavers. The men waited over 20 minutes for police to arrive after the attack, eventually being gunned down by officers responding to the scene. There are unconfirmed reports that the attackers may have had a gun and raised it, possibly even fired it as armed police arrived.

One of the alleged attackers was recorded on camera phone in the minutes after the attack justifying his actions. He claimed that that the murder was a protest against British policy in the Muslim world, stating that he and his partner wanted to “start a war in London tonight.”

The unnamed man said: “Remove your government, they don’t care about you. You think David Cameron is going to get caught up in the street when we start bussin’ our guns? You think politicians are going to die? No, it’s going to be the average guy, like you, and your children. So get rid of them. Tell them to bring our troops back so you can all live in peace. I apologise that women had to witness this today, but in our lands women have to see the same.”

The targeting of soldiers on home soil is reminiscent of a range of other terrorist plots that have been planned and executed worldwide, including the foiled 2009 attempt by members of Somali-based group al-Shabaab to infiltrate an Australian Army base in the Sydney suburb of Holsworthy. Five men were accused of planning to kill as many Australian soldiers as possible with automatic weapons until they were either killed or captured.

Wissam Mahmoud Fattal, a member of the Australian al-Shaabab cell, used a similar justification to the alleged Woolwich attacker when facing court in relation to the planned assault on the Holsworthy Barracks. Refusing to rise for magistrate Peter Reardon, Mr Fattal claimed that Australia was killing innocent people in Iraq and Afghanistan and that “you call us terrorists — I’ve never killed anyone in my life.”

Unlike the planned Holsworthy attack, yesterday’s Woolwich murder has been described by police and security service MI-5 as having been perpetrated by “lone wolf” terrorists operating without out the support of larger organisations such as al-Qaeda or al-Shabaab. Former Scotland Yard Flying Squad commander John O’Connor said that it is difficult for authorities to keep track of lone wolf terrorists in the same way that they are able to with established organisations like the Australian police were able to in the planned 2009 attacks.

Mr O’Connor said: “This has all the hallmarks of a very low key terrorist incident which raises a number of problems for the authorities. This type of attack is very difficult to protect against because it is not as though you are talking about a network of people following their plans. This raises the whole ball game. The bottom line of it is that this could spring up anywhere and that’s the concern.

Police responded in large numbers last night after around 100 members of the nationalist English Defence League converged on the Woolwich area to protest the murder. Home Secretary Theresa May convened a crisis meeting of government group COBRA last night, with British Prime Minister David Cameron returning early from a trip to France to deal with the aftermath of the attack.