Kevin Rudd has been thrown a lifeline after independent MP Andrew Wilkie rejected supporting a potential no-confidence motion in the government. 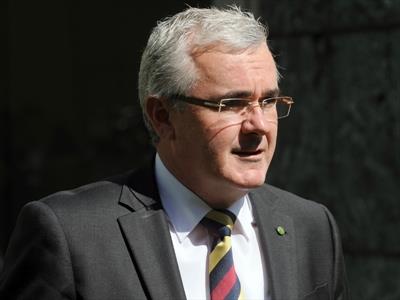 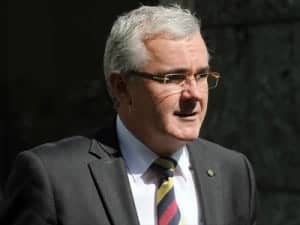 Mr Wilkie has written to new Labor leader Kevin Rudd telling him he will provide him confidence in the House of Representatives after the Governor-General commissions him as prime minister.

“It’s not my business to takes sides in the Labor party leadership,” Mr Wilkie said in a statement on Wednesday night after the Labor leadership ballot.

“But I’ve come to the conclusion that the public interest is best served by a smooth transition to the new prime minister (elect).

“So I will not support any no-confidence motion in the government or in the prime minister simply on the basis of this leadership change.”

Mr Wilkie also said the election should be held on 14 September as scheduled.

There is speculation Mr Rudd, who won the ballot over Julia Gillard by 57 votes to 45, could name a date in August.

A spokeswoman for independent MP Rob Oakeshott said he won’t comment on the leadership change before Thursday.

New Zealand Prime Minister John Key says he will be congratulating Mr Rudd as soon as he can.

“The relationship with Australia is our closest and most important, and I look forward to working with Kevin Rudd in continuing our cooperation across the trade, economic, defence and security spheres,” he said in a statement.

He also said Ms Gillard had been a good friend to New Zealand.

“The bonds between our two countries will remain strong and we will continue our important work on achieving a Single Economic Market, as well as cooperating closely on the regional and international stage.”

ACTU president Ged Kearney, who had been touted as a possible successor to Ms Gillard in the Melbourne seat of Lalor, said on Twitter that she would not be a candidate. – AAP