AUSTRALIAN ELECTION 13 | Four members of the WikiLeaks Party’s governing National Council have resigned, following the decision of Victorian Senate candidate Leslie Cannold to quit over a dispute over preferences. 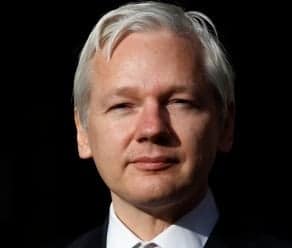 FOUR members of the WikiLeaks Party’s governing National Council have resigned, following the decision of Victorian Senate candidate Leslie Cannold to quit over a dispute over preferences.

Dr Cannold announced her decision on Wednesday in a statement which criticised the decision-making processes of the WikiLeaks Party and suggested it was no longer what it claims to be: “a democratically run party that both believes in transparency and accountability, and operates in this way.”

In her statement she warned other members of the Party held similar concerns over the internal handling of the “administrative error” which caused right-wing parties to be preferenced over the Greens in NSW and WA.

Shortly after her decision was announced, a number of WikiLeaks party members stated their intention to resign on the WikiLeaks Australian Citizens Alliance website.

The collective statement issued by the group said: “Amidst vigorous debates over preferences, there have been consistent challenges to the rights of the National Council, the 11 person democratic governing body of The Wikileaks Party. The job of the Council is to make democratic, transparent and accountable decisions.”

The group were dissatisfied the decision by the National Council on preferences was not implemented in NSW and WA, and suggested the failure to follow the Council’s instructions “exposed problems with the capacity of the party to sustain its democratic processes”.

They said following the announcement on Wednesday by WikiLeaks Party of an “immediate independent review” into why National Council directives were not achieved, the group had decided to “battle on” with the Party.

However, “the final straw” and catalyst for their decision to resign was an attempt was made by other members “to go outside the party’s formal structures, denigrating the Council and attempting to set up a parallel group taking direction from other than the National Council”. The consequence would have been the delay of the review until after the election.

In making their decision the group said they remained committed to the movement that has grown up around WikiLeaks and “will continue to support Julian Assange and the work of WikiLeaks”.

Mr Assange said in a WikiLeaks Party statement on Wednesday: “We are a new party, comprised of hard working people donating their time, not career politicians. However this is no excuse. We can and will do better.”