WikiLeaks Senate candidate Dr Alison Broinowski says that if Julian Assange is found guilty of rape it would be "his own business" and has nothing to do with the party. 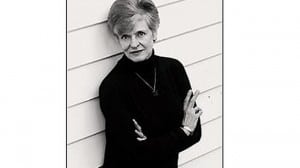 A CANDIDATE for the WikiLeaks Party has said that if Julian Assange were to be found guilty of rape it would have no bearing on the political organisation and was the leader’s “own business”, claiming that the assault allegations were part of an elaborate conspiracy involving the American government.

Dr Alison Broinowski, a former diplomat with the Department of Foreign Affairs and Trade, was announced as a Senate candidate for the WikiLeaks Party in New South Wales at the upcoming federal election. She discussed the legal difficulties facing Mr Assange, her party leader, in a discussion with news.com.au shortly after the announcement of her candidacy.

Mr Assange surrended himself to police in the United Kingdom in December 2010 after Swedish police issued a warrant for his arrest on suspicion of rape, sexual molestation and illegal coercion. He served ten days in a Wandsworth prison before being released on bail, later seeking asylum at the Ecuadorean embassy in London to avoid extradition to Sweden.

Mr Assange claims that the case against him in Sweden has been designed as a “holding case” that is being used to remand him in custody while American authorities prepared to issue an indictment regarding his release of classified military cables through the WikiLeaks website. If extradited from Sweden to the United States of America, Mr Assange could face the death penalty under the Espionage Act of 1917.

Dr Broinowski served with the Department of Foreign Affairs between 1974 and 1994, during which time she acted as Regional Director in Melbourne and director of the department’s Japan section. She currently works as an academic and journalist, with a particular focus on Australia’s role within the Asian region.

Dr Broinowski, 72, also denied claims made by former WikiLeaks employee James Ball that Mr Assange had attempted to use the organisation’s funding to finance his legal defence, suggesting that Mr Ball was jealous of his employer’s high-profile and success as an international whistle-blower.

Dr Broinowski said: “Typically bright young men with quite a lot of self-regard, don’t necessarily take kindly to one person getting the prominence of media attention they want that for themselves.”

Mr Assange revealed the seven candidates that would contest seats for the WikiLeaks Party in an announcement made via Skype from the Ecuadorean embassy. The WikiLeaks founder will be one of three candidates running for a Senate seat in Victoria, despite the fact that he would be required to abandon his diplomatic sanctuary in order to take up his position if elected.