AUSTRALIAN ELECTION 13 | The WikiLeaks Party has accidentally preferenced two right wing parties ahead of the Greens in the NSW Senate ticket. 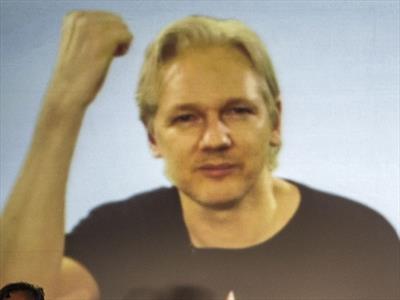 THE Australian Greens are upset Julian Assange’s WikiLeaks Party’s has directed preferences to right wing parties ahead of the minor party in the NSW Senate race.

The WikiLeaks Party is facing criticism for preferencing the Shooters and Fishers Party and Australia First Party ahead of the major parties and the Greens on its how to vote cards.

Greens Senator Sarah Hanson-Young called on the party to explain itself.

“(We’re) very disappointed with WikiLeaks decision to preference the Greens below other parties,” she told reporters in Canberra on Monday.

She and her WA Greens Senate colleague Scott Ludlam “had been the most strident voice” in advocating for Mr Assange, who is holed up in the Ecuadorean embassy in London.

“WikiLeaks will have to explain it to their voters,” she said.

“I hope people understand if they want to see a strong advocate of freedom on the internet and freedom for journalists to protect their sources … that they will have to re-endorse Scott Ludlam.”

WikiLeaks Party issued a statement on its Facebook page stating the announcement about the Shooters and Fishers Party was an accident.

“In allocating preferences between 53 other parties or groups in NSW some administrative errors occurred, as has been the case with some other parties,” the party said.

“The Shooters and Fishers and the Australia First Party should have been below Greens, Labor, Liberal.” – AAP