OPINION & ANALYSIS: The term “gun lobby” seems to be applied to anything from large industry groups through to an individual writing a letter to the editor. Nevertheless, it instantly evokes frightening imagery of America’s National Rifle Association (NRA). 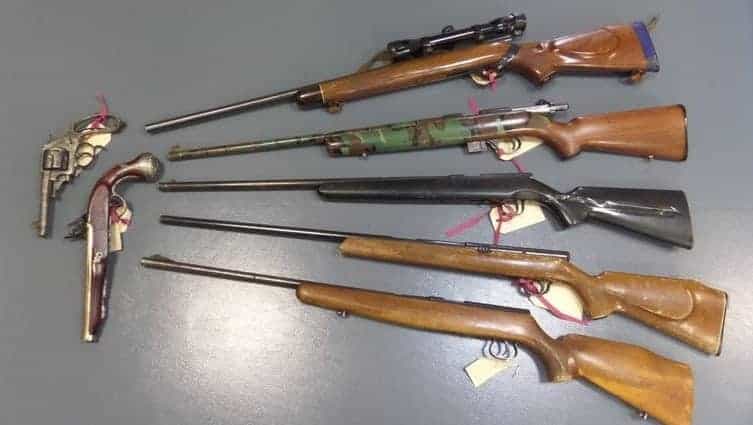 In the lead-up to the Tasmanian election, one issue proved particularly incendiary. Right before the vote on Saturday, the incumbent Liberal government was accused of having a hidden plan to “water down” the state’s gun laws. Much was made of the long-running Firearms Consultative Committee’s perceived role in shaping the policy.

Suddenly, the Liberals were cast as being in cahoots with the “gun lobby”, leaving only Labor and the Greens to stand up against that insidious enemy. Cue politicians beating their chests, Twitter outrage and international news coverage.

The interesting aspect of this stoush is not whether the Liberal position was kept secret – it was being shared on social media platforms from early February, which seems a strange way of avoiding scrutiny – but how value-laden labels give licence to making instant judgments about policy.

The gun lobby is bad, right?

The term “gun lobby” is not clearly defined and seems to be applied to anything from large industry groups through to an individual writing a letter to the editor. Nevertheless, it instantly evokes frightening imagery of America’s National Rifle Association (NRA) “persuading” politicians to shake hands with the devil at the expense of dead children.

This feeds into the perennial electoral battleground of law and order, where provoking strong emotions – particularly fear of crime – is a tried and true tactic to take the moral high ground and (so the conventional wisdom runs) sway votes.

However, it also creates a dichotomy where only “good” and “bad” are permitted to exist, and where our reactions look more like conditioned behaviours than considered positions. Just like Pavlov’s dog eventually salivated at the sound of a ringing bell, we hear “gun lobby” and think “bad”. We hear “anti-gun advocate” and think “good”.

This may seem harmless enough. But as the reaction to the Tasmanian Liberal policy demonstrates, it prompts a rush to judge policies by the emotions they provoke and who the perceived supporters and opponents of those policies are, rather than on content, facts and calm consideration.

Such a simplistic approach may satisfy a desire for constant conflict and moral outrage, but it also means that nobody takes a breath long enough to ask questions such as: What are the details? What does this actually mean in practice? Will this pose any credible risk?

Putting emotion ahead of reason

Emotional triggering and crude characterisations of “good” and “bad” devalue the role of reason in policy development and evaluation. This promotes the assumption that if we do not like who proposes or supports a policy, then the policy itself will necessarily be bad – and vice versa. Importantly, this is not only about firearms policy. It applies across the board.

The appeal of affective or emotion-based arguments, relative to evidence-based arguments, has been well documented in research. Public advocacy tool kits routinely advise using emotion to sway decision-making, accompanied by techniques such as having victims of violence act as spokespeople on issues.

This approach has generated ongoing concerns about the legitimacy of emotion as a component of the public policy process. However, emotions have also been described as an unavoidable aspect of any decision-making. This leaves us with a challenge: how can emotions be combined with facts and evidence to deliver informed and robust policy? What do we do if and when they cannot be reconciled?

Where we go from here

So far, Australian thinking has spectacularly failed to acknowledge, let alone grapple with, these problems. This applies particularly to debates on law and order – including gun control – but can also be found in other emotion-laden areas ranging from health and education through to social and environmental policy.

On this issue, hypocrisy abounds. When politicians scream that something should not be political, as Opposition Leader Bill Shorten did about Tasmanian gun laws, they are invariably the ones most determined that the issue should, indeed, be political. Those who shout most emotionally about the “gun lobby” tend to be most strident about the importance of evidence-based policy on issues that they personally favour. Media commentators argue for their “side” rather than for a principle.

For as long as we tolerate these double standards, our policy discourse will continue to be incoherent and immature. We will continue to see politicians using high emotion to deliberately create “enemies” that they can then virtuously rally against, while hectoring their opponents for not doing likewise. And the glaring absence of measured and informed discussion about how to balance evidence and emotion, and which should take precedence, will continue.

Yet Tasmania offers an unlikely ray of hope. The “gun lobby” bogeyman appears to have had no impact on the results. The Liberal vote stayed steady, while Labor struggled to regain lost ground and the Greens went backwards.

It looks like Tasmanians have an appetite to move away from identity-based posturing about complex issues, and have given a disincentive to politicians who hope to trade on that basis. Let us hope this spreads further, and that our level of political sophistication can eventually move beyond simplistic notions of “good” and “bad”.

TOP IMAGE: Some of the firearms handed in during Tasmania’s second gun amnesty in 2017.
(AAP/Tasmania Police)