What is the pizza capital of the UK?

Finally, the answer to that burning question... Which UK city devours the most pizza?

Residents of Oxford have been revealed as Britain’s biggest pizza lovers, according to a new study.

The research from Papa John’s into the pizza eating habits of the UK has found that a 49% of Oxford natives ate at least one take-away pizza a week. More than a third of people spent over £21 on every order, which is also more than any other city in the UK. So either pizzas in Oxford are pricey or the locals there like them big.

And the classic pepperoni pizza is the clear favourite. 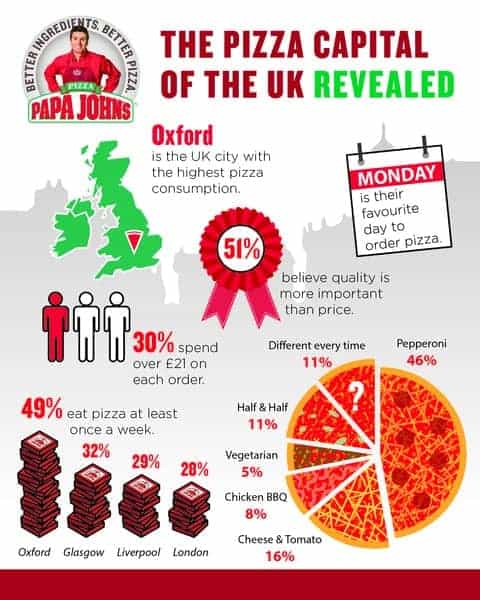 The results also uncovered that Oxford locals enjoy ordering pizza on a Monday more than any other day of the week.

Now, we just need someone to run a study on the correlation between these pizza findings and the number of students who inhabit the world’s most famous university town. Shouldn’t take too long.