What is the lesson smacking kids really teaches?

OPINION | Following calls in Australia by the Royal Australasia College of Physicians for smacking of kids to be made illegal, POPPY DAMON argues in defence of anti-physical punishment laws. 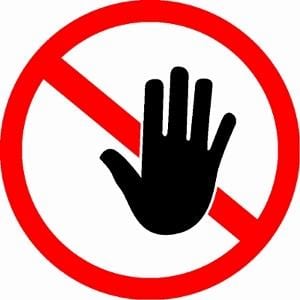 CHILD health experts in Australia have recently called for the smacking of kids to be made illegal. The Royal Australasia College of Physicians (RACP) released a statement on Monday saying the use of physical punishment on children placed them at risk of adverse outcomes in childhood and as adults.

I may not be a parent myself just yet, however I strongly believe that there is no excuse for systematically using ‘smacking’ as a form of discipline for children. Yet when I talk about this issue with most parents they say, “well, wait until you’re a parent” to which I always reply, “you don’t have to be a carpenter to spot a good table”.

Though I am in no way saying that someone who does smack their child is a bad parent, I do think most people would agree it is either a) used when a parent has lost control and is thus not the preferred action in any circumstance or b) is either used when a child is too young to understand what they have done (making the smack appear inexplicable to them and teaches them no ‘lesson’) OR used instead of explaining why the child was doing something wrong.

Ultimately, smacking is used instead of a non-violent alternative punishment like a time-out. Often the reason for smacking is speed or anger or to embarrass the child — all things which I don’t think provide a very good justification. Surely, even stupid TV shows like Supernanny prove that even the most difficult children can be disciplined through non-violent punishments. Though parents insist that they are not physically harming the child, I think the principle smacking establishes is less-than-desirable.

My biggest bug-bear with smacking is there is something so absurd about a parent using hitting as a way to tell their child in a lot of instances ‘not to hit’. My brother and I, who is now my best friend in the whole world, used to squabble no end, and often wrestled. How would my parents have straight-faced told me to ‘stop hitting my brother’ whilst bending me over their knee and laying a hand to me? It just doesn’t make any sense. Why is it illegal to hit another adult, but not children? What value judgement does that place on the comfort and existence of children?

My second, but equally big issue with smacking comes with the simple fact that parents can be wrong. Kids will learn this pretty fast. One of the reasons we send our kids to school is so that they can be faced with alternative authority figures, and to formulate their own opinions. By around age six or seven I realised my parents were human beings and may not know the answer to a question or may sometimes take a wrong turn on the way somewhere in the car. With this realisation often comes resentment over being punished or told what to do. We realise we can want different things from our parents. I think smacking a child, ultimately tells them that because you are physically stronger than someone, you have the right to hurt them and control them, rather than establishing your role as a parent as someone with their best interests at heart, with the wisdom of experience and who wishes to explain why certain things can or cannot happen. It also means parents could be smacking their children for all sorts of things, which may or may not be considered by another parent as ‘fair’. This morally relative measure for an action which does or does not deserve a smacking, confirms in my mind that we should just outlaw it completely.

Though, no doubt, many will read this and think I am a snotty-20-year-old who knows nothing, I simply put some of the best advice I have ever been given: you are the expert of your own experience. I was never hit as a child and I am very glad I wasn’t. It makes me cringe when I see kids sometimes 10 or 11 being smacked in supermarkets, the parents red in the face, the child screaming. I just think save maybe moving your kids hand out of the way of a large fire, there’s no reason for it. It’s just…err childish.

One of the most important things you can teach your child is how to express difficult emotions like anger in healthy verbal ways. If you teach them that anger or the art of persuasion should be expressed through smacking rather than words, I think you gain far less respect from your children. You attempt to beat them into submission, but will only make them upset. Have you ever seen a child be smacked and not burst into tears, causing a spiral of more heated emotion and often further bad behaviour?

Finally, I should say that I think outlawing it is specifically a good idea, not because I think parents should be thrown in jail for punishing their child, but because I think the law has a significant role in establishing what we as a society have decided is appropriate and attempts to minimize potential harms. Just as we decided caning children in school was not OK, I think we should pass a law saying hitting anyone, especially children, is the wrong thing to do. Not every child will suffer with depression or anxiety as a consequence of being smacked, but if it increases the likelihood, as these studies suggest, the government has a responsibility to protect children.

Do you have a different opinion? Let us know below: