What do Kate Moss and Tony Abbott have in common?

The British supermodel and the Australian Prime Minister do not appear to have a lot in common. One is about to pose nude for the 60th anniversary of Playboy. The other is Tony Abbott. But the unlikely pair share similar mind-sets when it comes to talking, or rather not talking, to the media. 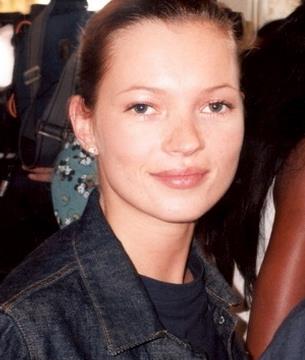 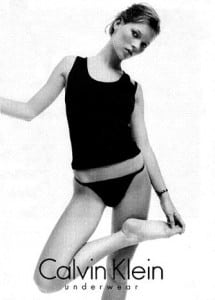 ICONIC British supermodel Kate Moss, and Australian Prime Minister Tony Abbott have one thing in common. And I’m not talking about their waifish figures.

When it comes to talking to the media, the unlikely pair would rather not say anything.

In a rare interview Moss admitted to T magazine she didn’t like to open herself up to criticism in the press, so she just avoided it.

“When I used to do interviews a long time ago, I used to get very ill just worrying about them before they came out,” she said.

“When I first started out I did press because I wasn’t really aware they would write something really horrible and then they did and I was like, ‘Oh no, I don’t want to go back there. I don’t really want to open myself up to that kind of criticism’.

“And I think that a lot of the time you walk into a room they already know what they want to write about you, so it doesn’t matter what you’re like.

“But sometimes I will do it if I like the person or the project.” 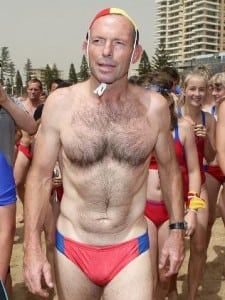 Adopting a similar approach to Moss, Abbott has been raising eyebrows recently, as he appears to be performing a vanishing act when questioned by the media.

On Wednesday, during Abbott’s latest public appearance, where he farewelled two adventurers heading to Antarctica on a charity trek, he did not make himself available to answer questions from the media.

Treasurer Joe Hockey has defended Abbott’s low profile since the September election saying his boss is “flat out” running the country.

But Hockey told ABC Radio on Thursday that Abbott’s performance should not be judged by his media activities.

“Given the last few years, I don’t think the success or failure of a prime minister should be based on the number of media appearances they make,” the Treasurer said.

When asked what Abbott was doing, Hockey replied: “Well, he’s ringing up his Treasurer every day. We’ve spent all day Monday in cabinet meetings … I can tell you he’s been flat out.

“As prime minister you’ve got to run the country with your cabinet and that’s what we’re all doing. We’ve got our heads down and we’re going through all the challenges.”

In September Abbott issued a communications clampdown on his frontbench, ordering all ministers obtain the approval of his office prior to speaking to media

In a leaked email sent by Abbott’s senior press secretary, James Boyce, ministerial staff are told all requests for interviews must be vetted by the PM’s new communications chief, Kate Walshe.

“With any regular appearances on shows such as Sky AM Agenda, they should first have been coordinated through Kate at least the day before.”

Kate Moss has built a public profile around not talking. Though people are intrigued to hear what the fashion icon has to say, we are just as happy just to look at her pretty face. Tony Abbott, not so much.