The Western Australia state election is set to be close, with Pauline Hanson's One Nation potentially taking the balance of power in the upper house. WA overseas voters are being encouraged to have their say.

The Western Australia State Election 2017 will be held this Saturday 11 March. However, voters in London and elsewhere overseas are being urged to cast their ballot early in what is a tight race.

Ahead of this week’s election, Australian Labor Party supporters in London rallied for a change of government in Western Australia.

According to ALP Abroad President Paul Smith, the key state issues on the minds of Western Australian voters who lived in London were transport, jobs when they get home, and rising support for Pauline Hanson’s rightwing populist One Nation party. 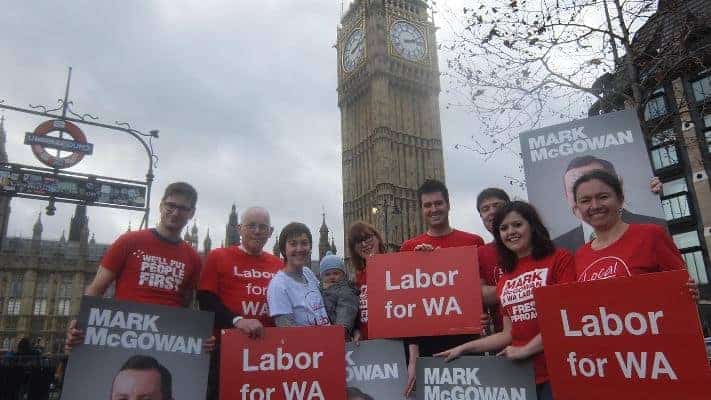 Recent polls suggest Labor has a slim lead over the incumbent Liberals, with One Nation a strong chance to claim the balance of power in the state’s upper house.

“The Liberal’s shameful preference deal with One Nation has made it clear that it is time for them to go,” Smith told AustralianTimes.co.uk.

The Western Australia State Election will be held on Saturday 11 March 2017.

Registered WA voters in the UK can vote online at Elections.wa.gov.au/ivote

Or you can vote in person at:

London in person voting times this week (nb: no voting on Saturday):