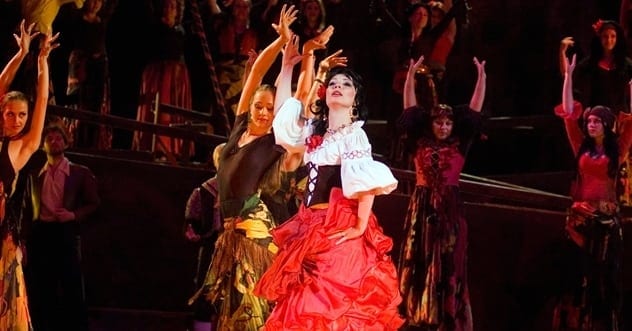 The much loved French Opera Carmen has been banned by West Australian Opera for sending the wrong message about healthy living, according to the company’s spokesperson.

The ban imposed on the classic opera, about a gypsy women working in a cigar factory, is attracting mixed reactions.

Is it “political correctness gone crazy Australia’s prime minister Tony Abbot called it on a Melbourne radio station? Or is it just a clever, even necessary, move by the West Australian Opera to secure much needed funds from their new sponsor, Healthway?

Healthway (the Western Australian Health Promotion Foundation) is a state government organisation established to promote healthy lifestyles. According to its website, it functions specifically under the WA Tobacco Products Control Act.

The West Australian Opera ban of Carmen will last the duration of the AUD$400,000 sponsorship deal with Healthway which begins in March 2015 and should last about two years.

Mr Abbott suggested that this ban paves the way for banning most operas on the grounds of being politically incorrect. Madam Butterfly features a child-marriage and a tragic suicide while Phantom of the Opera centres on the abduction of an opera singer and the kidnapper keeping her captive eventually forcing her to marry him while her childhood love is being tortured.

Opera is “an exaggeration and if we are running around looking to take offence or looking to spread some politically correct message, just about every opera would be forbidden,” Abbott told the Melbourne radio station on Thursday.

In reaction, Healthway said they were surprised’ by the announcement to ban Carmen but welcomed the decision.

“It’s a clever move to grab the Healthwise dollars for a couple of years”, said Healthway chairwoman Rosanna Capolingua.

General manager of West Australian Opera Carolyn Chard said, “We are about the health and wellbeing of our staff, stage performers and all the opera lovers throughout Western Australia, which means promoting health messages and not portraying any activities that could be seen to promote unhealthy behaviour.”