Australian surfer to the rescue of Wake Bali Dolphins

Dolphins allegedly kept in awful conditions at Wake Bali Adventures / Dolphins are causing an outcry on social media and crashing the resorts website.

Dolphins blinded by chlorine from the small pool they are kept in as tourist attractions at the Wake Bali Dolphins resort are attracting international criticism.

Outraged visitors have voiced their upset on the trusted travel advisory service TripAdvisor with the tourist attraction’s social media sites bombarded by ‘hate-posts’.  On Monday their official website crashed as interest in their alleged mistreatment of the marine mammals grew. 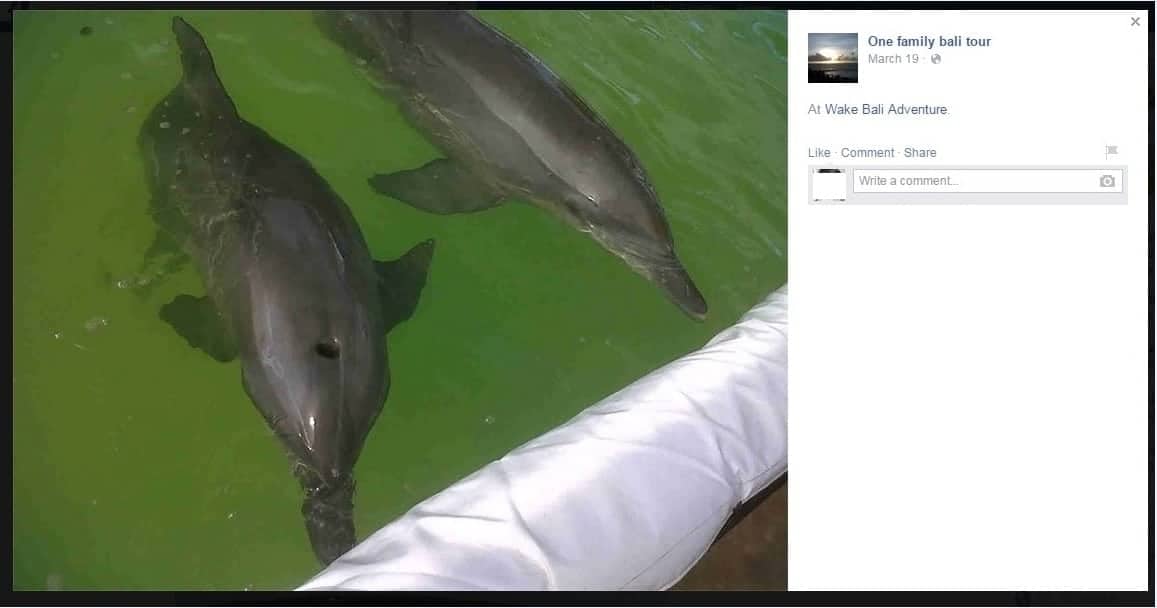 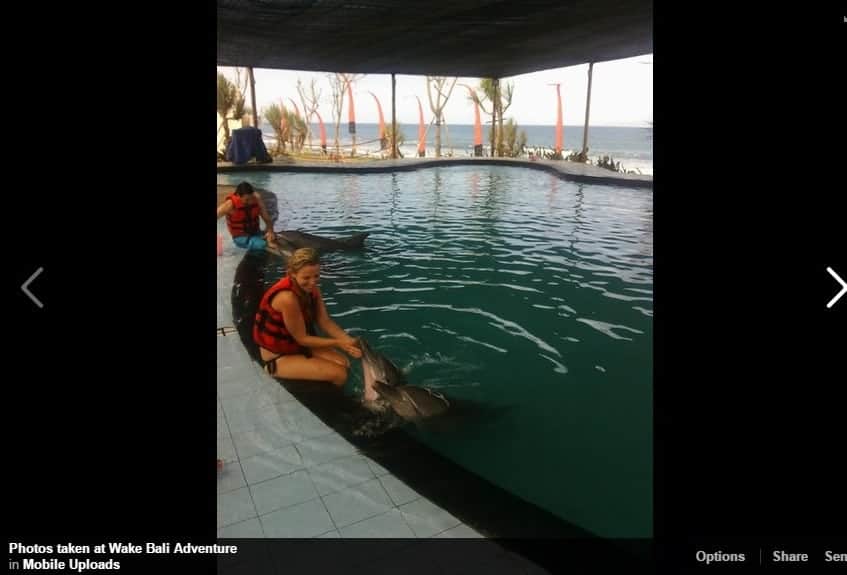 The four dolphins are kept in a chlorinated pool measuring 10m by 20m at a hotel at Keramas Beach on the Indonesian holiday island.

Coming to the gentle animal’s resque is Sydney surfer Craig Brokensha who discovered the tourist attraction Wake Bali Dolphins while on holiday in Bali and has started a Change.org petition to have the operation shut down. The tourist attraction allows people with swim with, hug and kiss the dolphins in the pool

Brokensha’s petition, on Tuesday night, had more than 52 000 signatures.

“As a regular ocean user and surfer, interaction with dolphins in their natural habitat occurs semi-regularly.

“The discovery of a small resort swimming pool (10x20m) adjacent to the beach at Keramas, housing four dolphins in chlorinated water for tourists to swim and play with was a huge shock.

“A similar dolphin facility was closed down 2 years ago by the Minister of Forestry, Zulkifli Hasan, with a pledge to close any other dolphin attraction sites.

“This is a request for Wake Bali Dolphins to free the dolphins and allow them to be re-introduced into the wild, where they belong.”

In response Wake Bali Dolphins told the Herald Sun it was a government-approved tourist attraction and the pool had been checked by authorities.

On TripAdvisor Nicole F shared her experience at the attraction, which she visited in September, “My sister & I were quite naive in doing this and will never do it again anywhere now. We were shocked to see the pool the dolphins are kept in as our resort pool was larger. The dolphins are over worked, look tired & had all of their teeth removed. At $125 US this ‘experience’ is not worth the guilt that followed. We canceled all other animal ‘experiences’ after this encounter.”

Mandamango urges tourists to “Avoid this awful place” in her TripAdvisor review.  Mandamango had this to say after she visited the attraction in Ausgust, “This was a disaster. I would not recommend going here at all. It is heartbreaking to see the dolphins kept in a tiny dirty pool. Just appalling. My daughter was very upset. I hope it is closed down soon.”

Lisarosetaylor said that the Dolphins’ teeth had been removed, they were overworked, “Also while i was there before we were going in with the dolphins we were told to wash all products off our skin including sun screen and what do i see when I’m heading down stairs to shower and ensure there is nothing on my skin an English couple smothering themselves and children in sunscreen just before they enter the pool with the dolphins (of course i said something to them about this) but there should be signs stating that none should have any sunscreen or anything like that on before entering the pool i was very surprised there was none.”