It is going to be world's first for professional football this Friday and it is happening in Australia. 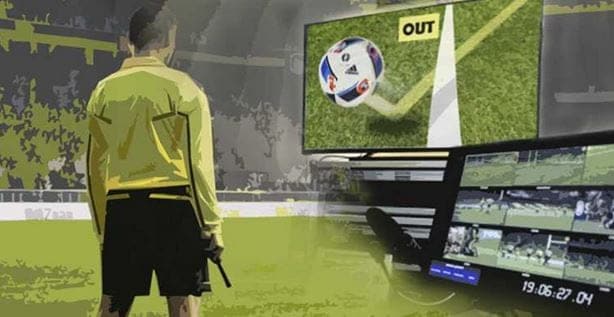 Referees will be able to use video technology in all of the A league matches and if the trail goes well it is sure to be rolled out across the world. FIFA have finally decided to make use of technological advances and Australia is the first country the experiment will take place.

It will all the referrers to have real-time access to 12 screens and they will be able to instantly replay incidents that relate to penalties, goals, mistaken identity and red cards. It should cut out all the human error for games and now there will be no complaining that the bad decisions cost your team the win.

Bringing in new technology to help referees has been an argument that has gone on for years and many think that it will spoil the game and diminish the referee’s authority. Others argued that it will slow down the matches too much and spoil the entertainment. That argument will be fully answered after the weekend’s games in the A-League.

There have been countless times that referees have the decisions wrong and now they get the opportunity to correct it within moments. Due to the rules in football been based on a person’s perception of the incident, it will not fix all errors. It will, however, help the make things much fairer which is vital due to the millions in revenue that can be lost due to human error.

It will work by allowing the game’s main referee to use the video technology when they think an error may have occurred. Once viewing the video evidence they can change their decision if needed. For contentious cases such as red cards, the referee will be able to view on a special screen monitor the full incident at the touch-line.

It is easy for the referee to get decisions wrong as they are under huge amounts of pressure from the fans, players, and managers. The new technology should help take the blame away from the referee and should have a positive impact on the profession.

Video referee technology has been trailed in the past and out of 24 times, it was used only 3 of the decisions would have altered. It will be interesting to see the impact it has on the game along with the results of the teams. Home advantage will not be as strong as it used to be as that heavily influenced decisions due to the crowd influence.

If you fancy having a punt on the A-League games using video technology for the first time live make sure you use bookies reviewed by whatbookies.co.uk to get the best deals. They are the number one site for reviews on bookmakers and it will help you find the best one. One thing is for sure that you can be certain no bad decisions cost you a fortune when betting on the A League matches this weekend.