US pays tribute to ANZACs

ANZAC DAY | US Secretary of State John Kerry says America will never forget the troops who made the ultimate sacrifice. 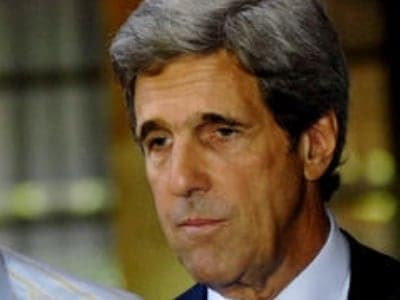 The US has praised Australia’s and New Zealand’s “brave” serviceman of the past and present.

US Secretary of State John Kerry, in a message to commemorate ANZAC Day, said the US stands with its Australasian allies with unwavering support as a true friend and partner.

“On behalf of President Obama and the people of the United States, it gives me great pleasure to extend our warmest regards and best wishes to the people of Australia and New Zealand on ANZAC Day this April 25,” Kerry said.

“This year marks the 100th anniversary of the start of World War I and begins the ANZAC Centenary.

“This milestone not only honours and remembers the original soldiers of the Australian and New Zealand Army Corps who courageously served at Gallipoli and the Western Front in The Great War, but also highlights and commemorates a century of commitment and dedication from the servicemen and women to the nations of Australia and New Zealand.

“The legacy of these brave and determined individuals and their families is extraordinary and enduring. They continue to represent your countries proudly at home and around the world in support of peace, democracy, and freedom.”

“We will never forget those who have made the ultimate sacrifice.”