UN special advisor, and one of the architects behind a UN initiative to end world poverty, Jeffrey Sachs, has sharply criticized the Abbott government’s stance on foreign aid following the federal budget. 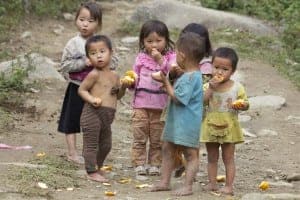 As UN special adviser Jeffrey Sachs is tasked with ensuring the targets of the Millennium Development Goals (MDGs) are achieved.

The MDG’s is mandated to improve the standard of living for some of the globe’s poorest by next year.

Sachs said: “It is disappointing Australia had balanced its books off the back of the world’s poor.”  This after commitments rich nations, including Australia, made to the UN’s MDG program whereby foreign aid spending would have been increased.

“I think these aid cuts really are completely unacceptable and outside of the spirit of the values of this country,” the world-renowned economist and bestselling author said in Canberra.

Sachs said that the pledges to the MDGs were postponed by Labor and finally altogether abandoned by the Abbott government, “It really cannot be the case that one of the world’s richest countries said, ‘Nah, we don’t have to follow through on our promises or commitments’.”

As reported in our article “10 Socking budget cuts you haven’t heard about,” foreign aid was the biggest single line budget cut – $7.6 billion over the next five years.

Julie Bishop, foreign minister, said the government will soon unveil a new strategy for the aid program, focusing on economic transformation and performance benchmarks to ensure goals are met and value for money is achieved.

She added that many nations won’t reach their MDGs by 2015 and this would include Papua New Guinea who has already received extensive aid from Australia. Bishop continued and said that: “Since the MDGs were forged in 2000, the focus has shifted to economic development, which has helped lift hundreds of millions of people out of poverty in the Asia-Pacific region.”