‘Unintended’ British visa regulations that have had a limiting effect on Australians looking for employment in Britain might soon be altered. 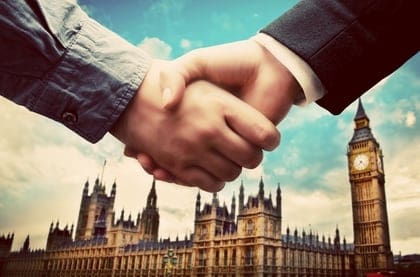 Australians may soon be classed under a different UK visa to counter European Union limitations on migration and working in Britain.

After confirmation from both the Australian and British governments, it seems that a compromise on the British work visa could be reached that would counter laws enforced by the European Union limiting the UK’s ability to issue work visas to migrants from outside Europe.

“It was an unintended consequence that restricts some, including Australians, but a compromise is being looked at from both the Australian and British ends,” a government source told News Corp Australia who also reported that a draft regulation in this regard could be completed for review before 2015.

The European Union limitations imposed in 2012 mean that the UK has been limited to issuing 20,000 skilled worker visas to migrants from outside the European Union – which directly affected Australians. Consequently, since 2012 the UK has experienced a sharp drop of 50% in the number of Australian migrants working in Britain.

While the British Government has raised concerns over how they would issue special visas to Australians without other Commonwealth countries expecting the same treatment, Australian High Commissioner to the UK Alexander Downer has already held high-level talks with British MPs from the Foreign Office about the migration downturn. A situation described by British minister of business Vince Cable as “deeply worrying”.

Australian Prime Minister Tony Abbott, who is in the United Kingdom this week, was due to meet with senior British Cabinet ministers including Commonwealth Affairs Minister Philip Hammond and was expected to discuss the special visa for skilled Australian migrants. The crisis in the Middle East as well as the situation around flight MH17 were also on the agenda.