Police officers investigating the 2007 disappearance of Madeleine McCann are looking into a suitcase with the remains of a young girl found near Adelaide.

News reports confirmed that while UK police investigating the Madeleine McCann disappearance case have requested more information after the remains of a fair-haired little girl were discovered in a suitcase in Australian, there is at this stage ‘no evidence’ that the human remains are that of Madeleine. 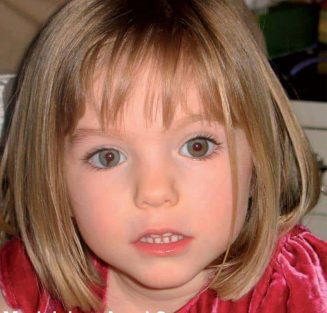 It has been confirmed that the remains of a fair-haired girl, likely to have been aged between two and four, were found dumped on the side of a rural highway in the South Australian wild earlier this month.

According to reports it is believed that the girl was killed at a different location and coroner’s reports place the date of death around the beginning of 2007. Police statements confirmed that the remains were found in a suitcase along with items of clothing and a degraded quilt next to a motorway in Wynarka, near Adelaide.

Madeleine was three years old when she went missing from her family’s holiday apartment in the Algarve, Portugal, on 3 May 2007.

A spokesman for the Metropolitan police said, “We are aware of reports of the remains of a child having been found in South Australia and we have made contact with the Australian authorities.”

Australian authorities have so far been unable to identify the body, but Detective Superintendent Des Bray, the officer in charge of the major crime investigation branch of South Australia police, said it was “highly unlikely” that the victim is Madeleine.

“At this time our inquiries will focus on where the evidence leads us in this investigation and at this point that primary focus remains within Australia,” Bray said.

“We are focusing our inquiries on South Australia but we would be considering any potential missing child. Until we ascertain the identity of the child we need to be open to all possibilities.”