While the Abbott government struggles to get support for a GP co-payment, nurses in the UK will debate whether Britain should introduce such a charge. 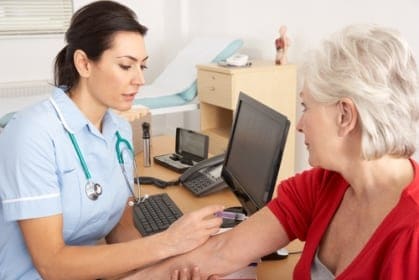 Peter Dutton would give his right arm for such an endorsement.

As the federal health minister struggles to sell his $7 GP co-payment, British nurses are about to debate going down the same path.

The annual conference of the Royal College of Nursing will consider a motion that recommends a co-payment more than twice that planned by the Abbott government.

The motion is a major step for the college which like UK doctors has previously opposed co-payments.

Chief executive Peter Carter says nurses are “not afraid to have difficult debates” about the future of the National Health Scheme.

But the Cameron government has steered away from the issue, repeatedly saying it has no desire to introduce a co-payment.

In Australia, the planned co-payment has been widely criticised by doctors and nurses.

It faces defeat in the Senate where the government lacks the numbers to have its legislation clear the parliament.