Two men have died and two remain in a critical condition after drinking a bad batch of home brew grappa in rural Queensland, with the government saying that it will investigate the incident in order to determine whether steps must be taken to prevent the same thing happening again. 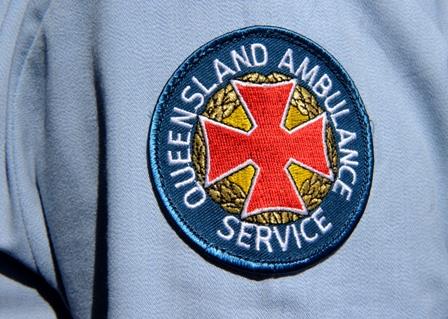 TWO men have died and two remain in a critical condition after drinking a bad batch of home brew grappa in rural Queensland, with the government saying that it will investigate the incident in order to determine whether steps must be taken to prevent the same thing happening again.

Emergency services responded to a call from a property in Ballandean on Sunday morning, with a 21-year-old man being found dead at the scene. Another emergency call was made from the same location later in the day, resulting in a 30-year-old man being rushed to Toowoomba hospital in a critical condition.

The 30-year-old man died yesterday afternoon as the result of suspected methanol poisoning, which can occur if alcohol is not distilled properly. Two others, aged 21 and 26, were taken to Brisbane’s Princess Alexandra Hospital and remain in intensive care.

Queensland Health Minister Lawrence Springborg said that the incident was an extraordinary and tragic event. He said that investigations were being conducted by police and Queensland Health in order to determine whether anyone should be held accountable for the poisoning.

Mr Springborg said: “If steps need to be taken to pursue anyone or any individuals, no doubt proper authorities will do that. There will also need to be some consideration as to what risk factors were involved here and what might be able to or need to be done to protect people in the future. When it comes to home brew, it’s not without some degree of risks and the immediate concern needs to be here to make sure the young people are able to be assisted to the road for recovery.”

It is understood that those involved in the incident had brewed a batch of home-made grappa – an alcoholic spirit derived from Italian grapes. Professor Paul Haber, the head of Drug and Alcohol Services at the Royal Prince Alfred Hospital in Sydney, said that brewing home-made spirits presented a number of risks to untrained distillers.

Professor Haber said: “The backyard still involves fermentation, which generates a large range of biological products. Then there’s a distillation process and that is supposed to separate the alcohol and certain other chemicals and concentrate the alcohol component. The risk is that if the distillation process is not done correctly, then the wrong products will be extracted. The key toxic product that can be distilled in that way is methanol.”

Professor Haber, who said that he sees around one case of methanol poisoning every five years, said that the deaths in Queensland should serve as a warning for those that were considering brewing their own spirits. He said that distilling spirits was a “risky and dangerous practice” that had little health or economic benefit.

Professor Haber said: “In our country, Australia, where you can buy legally prepared alcohols so very, very cheaply, there’s not a major economic incentive to get home brew. I think most people are doing it because it’s a hobby and they like it rather than because it’s the cheapest way to get alcohol. In other parts of the world, the homebrew approach is actually the cheapest way to get alcohol and it’s much more widespread.”