AUSTRALIAN ELECTION 13 | Tony Abbott has laid out his plan for a coalition government, should it win power on 7 September, at the official Liberal election campaign. 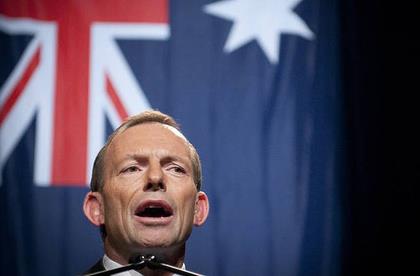 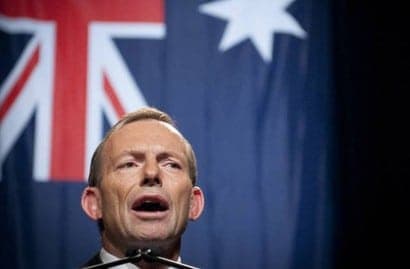 OPPOSITION Leader Tony Abbott has appealed to Labor and Australian Greens voters to give his team a chance to form government, saying Labor doesn’t deserve the nation’s trust.

Mr Abbott was addressing the Liberal and Nationals party faithful at the coalition’s official election campaign launch in Brisbane on Sunday.

He promised that if elected on 7 September the coalition would be a competent and trustworthy “no surprises, no excuses government”.

“I won’t let you down. This is my pledge to you,” Mr Abbott said.

Within ten years Australia would have lower taxes and there would be two million more jobs in manufacturing, agriculture, services, education and the resources sector.

By the end of its first term the budget would be on track to a “believable” surplus.

This promise extends the timeframe the Labor government has set for a $4 billion surplus in 2016/17.

Within a decade the budget surplus would be one per cent of gross domestic product, Mr Abbott said.

“And each year government will be a smaller percentage of our economy.”

Mr Abbott again pledged to abolish the carbon and mining taxes, cut company tax and business red tape and shift the industrial relations pendulum “back to the sensible centre”.

He highlighted his signature plan to give working women six months parental leave at their full pay, prompting a loud round of applause from the party faithful.

“I want our workers to be the best paid in the world and for that to happen, we have to be amongst the most productive in the world,” Mr Abbott said.

Mr Abbott announced a number of new initiatives totalling more than $300 million, including plans to index eligibility thresholds for the Commonwealth Seniors Health Card so more self-funded retirees had access to cheaper medicines.

A coalition would also commit an additional $200 million to dementia research and give young trade apprentices access to HECS-style, interest free $20,000 loans to help pay for their training from next year.

“This is a hand-up – not a handout – for people who will meet our skills needs for the next 40 years,” Mr Abbott said.

Mr Abbott promised progress on recognising indigenous people in the constitution and said he would continue to spend a week each year in a remote indigenous community.

This federal election would be the most important in a generation, he said.

“It pits the Liberal and National parties’ positive plans for the future against more of the same from a confused and chaotic Labor Party,” Mr Abbott said.

“We are a great country and a great people but we can’t afford another three years like the last six.”

Prime Minister Kevin Rudd and Labor could not be trusted.

He accused Labor of wasting money, hurting business and families, destroying confidence and running Australia into debt and deficit.

“But the worst deficit is not the budget deficit but the trust deficit,” he said.

“As you know from bitter experience, if you reward bad behaviour, you get more of it.”

Mr Abbott reached out to Labor and Greens voters and those thinking of supporting independents.