Tourists getting to know Australia using mobiles and free WiFi

??Tour guides and map books are being replaced with technology as tourists explore Australia using their mobile devices and free WiFi. 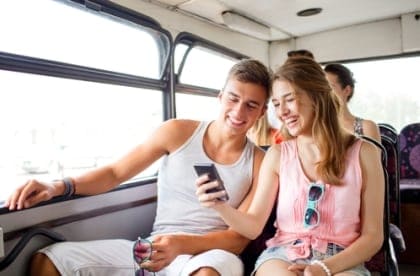 A survey by Tourism Research Australia found that tourists are dropping leaflets, map books and tour guides to explore Australia, in favour of the their mobile phones.

The International Visitor Survey found that more and more tourists are turning on their mobiles to find their way around Down Under. Using mobile technology along with easy access to free WiFi more travellers are exploring Australia’s sites and tourist destinations using Internet searches and apps designed for this purpose.

The survey found that for the year ending June 2014 the increased accessibility to free WiFi has seen a 13% rise in international visitors accessing the Internet while in Australia. This translates to 4.8 million visitors now using the technology while exploring Australia.

According to the survey, this figure represents 78% of the record-breaking 6.1 million international visitors to Australia.

The report stated that the internet was accessed most commonly by travellers using smart phones (up 43% to 3.3 million) and iPads (up 34% to 1.2 million).

Laptops and notebooks have become a less popular tool with their usage taking a downward trend to 3% to 1.8 million with even fever people using their PC to do their research about Australian tourist hot spots. This figure took a nose dive of 23% to only 753,000.

The most popular downloads and searches were for Australian maps. Most of the international travellers, 83% in fact, found their maps on line.

Other popular searches were for destinations and attractions with 44% percent of these travellers being guided by their internet searches.

Perhaps most suprisingly though, only 53% of international travellers Down Under shared their Aussie experience using social media platforms.

Tags: apps for mobile devicesAsiaAustraliamobile phones and devicestechnologytourismtourism in Australiatravel in Australia