Tourism Australia’s budget will not be slashed

Federal Tourism Minister Andrew Robb says that Tourism Australia's budget will not be cut by 50% as was recommended by the Commission of Audit report. 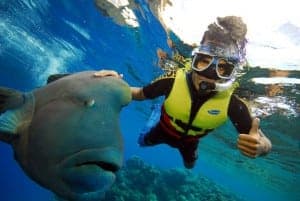 Contrary to recommendations in the Commission of Audit report this month Federal Tourism Minister Andrew Robb confirmed that funding for Tourism Australia would in fact be increased.

Mr Robb spoke at the Australian Tourism Exchange in Cairns on Monday.  Reported in the Courier Mail Robb is quoted as saying; “We are actually increasing the budget for Tourism Australia.”  He continued that cuts to red tape and other restrictions such as the carbon tax, would further stimulate the tourism industry.

The Commission of Audit report recommended that the tourism budget be slashed by 50% and is one of the many brutal cost-saving actions of the new Budget.

“We want to reduce public spending by the Government and replace it with robust growth in the private sector, we are looking to live within our means as a government so we can generate private sector spending.” said Robb.

In his address to the 2000 delegates from 36 countries, gathered at the tourism exchange, Mr Robb assured Australians that the tourism budget would be spared any drastic action.

John O’Sullivan, the new Managing Director of Tourism Australia had a resilient and optimistic response to the Commission of Audit report stating; “We just have to focus on delivering outcomes and campaigns such as the Restaurant Australia campaign we are working on now”. Adding that the organization would continue to promote the country regardless of the Budget outcome.