Tony Abbott has been well and truly lambasted for calling living in remote communities a "lifestyle choice". But nothing quite tops the grilling he's received on Twitter from angry Australian voters. 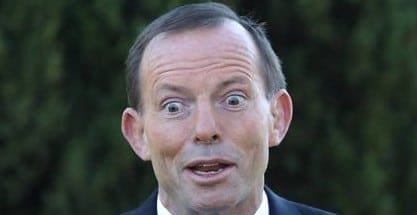 Tony Abbott is feeling the heat after he called indigenous remote living a “lifestyle choice”.

While Abbott has been criticised left, right and centre, the best critiques have come from Twitter users sarcastically questioning whether other ‘decisions’ could be deemed “lifestyle choices”:

Going to court on work time to sue the Herald because you don’t like how they talk about you is a #LifestyleChoice I’m not happy to pay for. — Jackie McMillan (@MissDissentEats) March 10, 2015

Ripping fossil fuels out of the ground until the world heats up & everything dies is a pretty stupid #lifestylechoice but hey subsidise away — Padraic Gibson (@paddygibson) March 10, 2015

Suing Fairfax for your sooky hurt feelings instead of doing the Budget that you completely ballsed up last time… #lifestylechoice — Dave Donovan (@davrosz) March 10, 2015

Accepting scholarships for your kids education when you are in the top 20% of earners. #lifestylechoice #auspol @TonyAbbottMHR — JRB (@JRBSays) March 10, 2015

Being Prime Minister is a #lifestylechoice @TonyAbbottMHR, can we stop paying your salary? #auspol — Angelo Bellas (@AngeloBellas) March 10, 2015

I would expect all govt funding to be withdrawn from religious schools given they are a lifestyle choice.#LifestyleChoice #auspoI — Lindsay Bordas (@Herbie_planeguy) March 10, 2015

The religious tax exemption is another #LifestyleChoice loophole I am no longer happy to ignore. Tax them all, @TonyAbbottMHR #auspol — Jackie McMillan (@MissDissentEats) March 10, 2015

organising to unelect this government is a #lifestylechoice — Scott Ludlam (@SenatorLudlam) March 11, 2015

Sorry, @TonyAbbottMHR, we’ll have to turn the power & water off to Kirribilli House, not sustainable. You understand, #LifestyleChoice — David Marler (@Qldaah) March 10, 2015

Aboriginal Genocide: subsidising the opulent #lifestylechoice of Australia’s elite since 1788