Former Australian PM tells London audience he has changed his mind and is now quite excited about Britain leaving the EU. 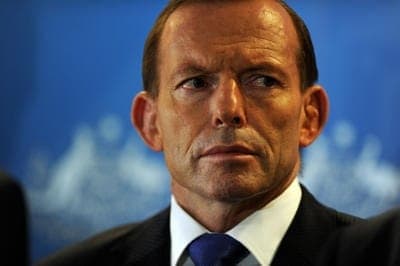 Tony Abbott has told a gathering in London that Brexit now has his full support.

In a speech delivered to an audience of senior UK business figures on Monday, the former Australian prime minister said he was in fact “quietly thrilled” at the prospect of Britain leaving the European Union.

It represents a reversal of his siding with the Remain campaign prior to the Brexit vote earlier this year, as Mr Abbott himself admitted in his opening remarks, while invoking his own get out clause.

“First a confession: I was one of the many luminaries to warn Britons against Brexit. Unlike most of them, though, my argument was not that Britain needed Europe but that Europe needed Britain,” he said.

“And unlike most, I’m not sulking because Britons failed to take my advice,” he continued.

“Now that it’s happened, I’m quietly thrilled that the British people have resolved to claim back their country.”

Mr Abbott highlighted the new opportunities that Brexit presented, such as the already proposed free trade deal with Australia, as well as suggesting the UK could join the North American Free Trade Agreement (NAFTA), expanding it to become a North Atlantic Free Trade Area.

On Sunday, post-Brexit vote appointed UK Prime Minister Theresa May confirmed that the UK would trigger article 50 by March 2017 to commence its two-year divorce from the EU.

Today, the Britsh pound is buying approximately 1.66 Australian dollars, down from about $2.00 just prior to the Brexit vote (get the latest GBP/AUD forex rates), representing an approximate 17% devaluation of the GBP against the AUD.