Opposition leader, Tony Abbot has come under fire this week over wrongly claimed travel expenses of $9000 to promote his autobiography, Battlelines. 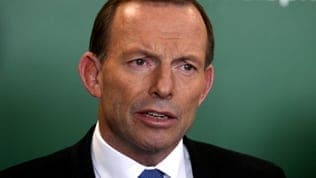 WHILST the limelight has shone on the Labor party’s leadership battles lately, it appears no political party is safe from criticism. Liberal opposition leader, Tony Abbott has come under fire this week after refusing to explain $9000 of incorrectly claimed travel expenses in 2009.

Mr Abbott has denied wrongly claiming $9,397.42 in travel expenses during an Australia-wide tour promoting his autobiographical book Battlelines in 2009, despite being required by the government to pay the money back in 2010.

Freedom of Information (FOI) documents published online by citizen journalism website No Fibs show Mr Abbott claimed the expenses following his tour, before being asked to reimburse the money after a finance department investigation.

At a press conference on Monday, journalists questioned Mr Abbott regarding the issue. When asked if he had wrongly claimed travel expenses while promoting Battlelines, Mr Abbott replied: “No, I did not.”

At a further press conference on Tuesday Mr Abbott was again asked how the travel expenses for his book tour came to be claimed as official business expenses. He refused to answer, saying, “Look, this matter was fully dealt with last year and there’s nothing further to add.”

On further questioning Mr Abbott said it had been an “oversight” in his office but it had been fully dealt with.

The travel to promote Mr Abbott’s autobiography took place between 30 July and 14 August of 2009, with a tour to Brisbane, Sydney, Melbourne, Perth and Canberra to attend promotional events.

Mr Abbott initially repaid $6,255.49 for flights booked as business flights, later admitted to be personal flights. Mr Abbott was asked by the then special minister of the state, Gary Gray, to repay a further $3.141.93 for other expenses, including the use of official commonwealth cars.

“Given the repayments made I do not intend to take further action,” Mr Gray wrote.

”However, I take this opportunity to remind you that, in future, similar payments should not be made by the Commonwealth to be later reimbursed.”

Mr Abbott has said the mistake was made by his office, with the flights “inadvertently” booked as business flights rather than private flights.

“I didn’t claim travel allowance, I never claimed travel allowance. My office inadvertently booked some travel as official and it shouldn’t have been booked that way,” said Mr Abbott on Tuesday.

The opposition leader has pointed the finger at the newly appointed Prime Minister Kevin Rudd for the issue resurfacing, suggesting it was part of a smear campaign against Mr Abbott.

“Why is Kevin Rudd now trying to dish this sort of dirt?” said Mr Abbott, despite the documents being published on an independent website.

“Kevin Rudd came into the prime ministership a few days ago and he said, ‘Let’s have a kinder, gentler polity’… and he called for positive politics. Now we’ve got the Labor Party spinning this kind of stuff. Now, let’s move on.”