TNT Multimedia, publisher of TNT Magazine, has been put into administration.

This is not the first time the popular travellers’ magazine has been handed to administrators. The same company, Moorfields Corporate Recovery LLP, were appointed as administrators of TNT Publishing Limited back in September 2011. TNT Multimedia was the new company that then took over responsibility for the business, which has itself now been put into administration.

It has been a dramatic fall in fortunes for the legendary free title. At the turn of the century, TNT Magazine was the undisputed bible for Australians and New Zealanders in London who worked to fund their travels. The first port of call for any newly arrived Antipodean backpacker, when it came to finding accommodation, work and travel deals, was TNT Magazine. Circulation of the often 300+ page tome was regularly over 60,000 a week. Commonly regarded then as the backpackers’ phonebook, its client list of mostly travel and recruitment advertisers was so impressive that in late 2000 the magazine, along with its related websites and titles, was purchased by the Guardian Media Group for a sum reportedly in excess of £30million.

However, the years immediately following that acquisition saw the emergence of the internet as the dominant media format for information in the areas that TNT’s advertising model relied on most; recruitment, travel and classifieds. Most notably this came in the form of abundant jobs boards and the likes of Gumtree.com. Competition also emerged from Blue Sky Publications (publisher of this website).

Another challenge that faced the market was the changing demographic of Aussies and Kiwis in the UK. Increasingly, Antipodeans were eschewing the bar-working backpacker stereotype for well-paid professional employment. A new word was coined; ‘flashpacker’.

Concerted attempts have been in recent years to adapt TNT to the new market realities, such as broadening the target audience to all young travellers. Nonetheless pages, circulation and advertisers have continued to fall, with Time Out magazine’s recent shift to a free distribution model no doubt placing further pressure on TNT’s readership. This most recent encounter with the administrators further questions the long-term prospects of the cherished brand.

The on-going struggles at TNT are indicative of a tough 2013 for the old-guard of the Australian and New Zealand community in London. The much loved Australia Shop in Covent Garden closed its doors in April. Its neighbour, the very original Walkabout bar in Covent Garden served last drinks in March following the closure of other London Walkabout venues in recent years. The Shepherd’s Bush Walkabout venue, long considered the home for Antipodean backpackers, is currently up for sale with parent company Intertain stating that the future of the Walkabout brand in London lies with the more modern venue at Temple, near the city.

Responding to events, James Durrant, director of Blue Sky Publications – publisher of Australian Times, New Zealand Times and The South African — said adapting to the changing habits of readers and the resulting needs of advertisers has been key to the continued prosperity of his business.

“Our successful shift to being a ‘digital first’ medium has helped us grow our readership while our new digital offerings have ensured the continued faith of our loyal advertisers and attracted many new ones.”

Durrant says that staying focussed on the publications’ niche audiences has been essential to the company’s stability and future prospects.

“We’ll continue to hold the flag high for the Aussie, Kiwi and South African communities in the UK.”

TNT and administrators Moorfields Corporate Recovery were both contacted for comment but were unable to make a statement at the time. 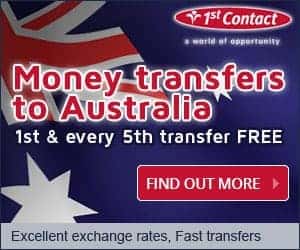