SPECIAL FEATURE: From a market in China to the world - an animal infection has probably learnt to jump to humans and then spread within our species. 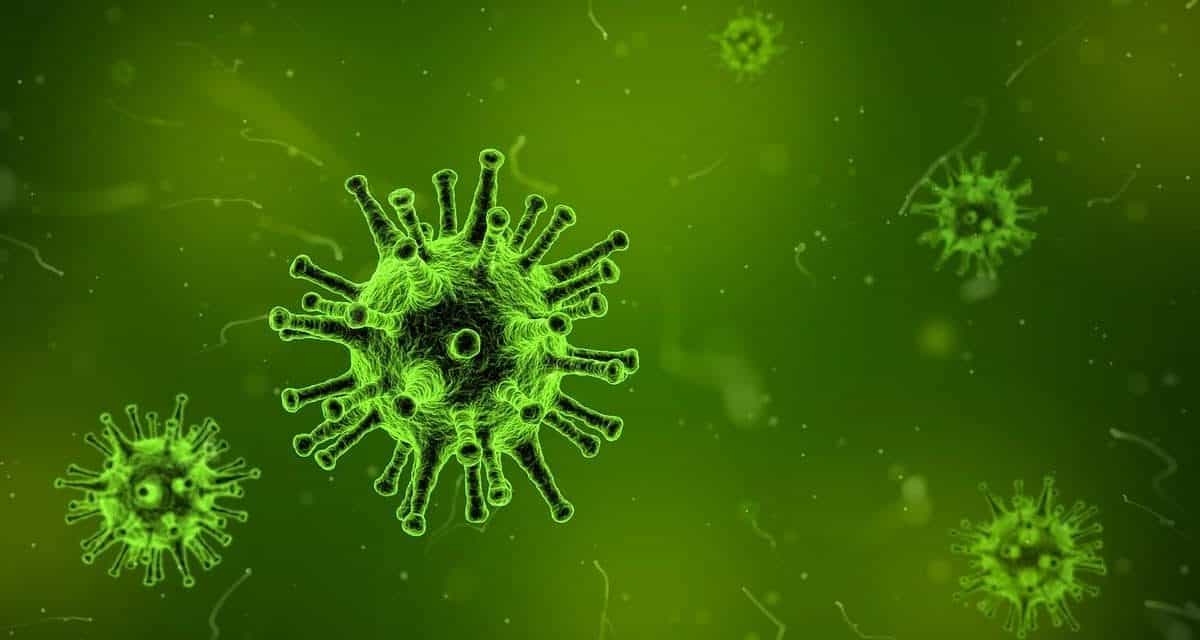 Library image of a virus. (Arek Socha from Pixabay )

New South Wales Health has confirmed three men in their 30s, 40s and 50s in Sydney have tested positive to the new Wuhan coronavirus after returning from China.

This follows Australia’s first case of the virus in a patient treated at Melbourne’s Monash Medical Centre – a man in his 50s who spent two weeks in Wuhan.

This brings the total number of Australian cases so far to four.

UPDATE: On 30 January 2020, the number of confirmed cases in Australia was seven. (Source: Department of Health)

The outbreak is still in its early days, but the early identification and isolation of people suspected of having the virus will go a long way to preventing local transmission in Australia.

How many people have been infected worldwide?

There are now 1,323 confirmed cases of the Wuhan coronavirus worldwide, mostly among people in China.

The virus has also claimed 41 lives, including the youngest victim, a 36-year-old man in Wuhan.

The epicentre of the outbreak seems to be a seafood and live animal market in Wuhan. It was initially thought transmission had been from infected animals to those people at the market, with no or limited person-to-person spread.

However, we’ve since learnt there has been person-to-person transmission in people who haven’t visited live animal markets, including the Melbourne case.

The person infected in Vietnam had not been to China at all, but was a family member of someone infected in Wuhan.

This means an animal infection has probably learnt to jump to humans and then spread within our species.

Who is most at risk?

Of the cases in China, 21% have been reported as severely ill and, on earlier estimates, 3% of those infected had died.

Most of those who have died from the virus appear to have underlying health conditions, and we know for sure in the case of ten people whose health information has been released.

If this pattern continues with the mounting death toll, older men with underlying health problems are at highest risk of dying.

How does it spread?

This is why prompt isolation of suspected cases and good infection control practises are so important, especially if a person turns into a “super spreader”. This means they produce large amounts of virus and are unusually infectious.

How infectious is the virus?

The World Health Organisation estimates the coronavirus has a reproduction number (R0) of 1.4-2.5. This means one infected person has the ability to infect 1.4-2.5 susceptible people. But this figure could be revised as the outbreak evolves.

In comparison, SARS had a suspected reproduction number of of 2-5. This meant one infected person could infect up to five susceptible people.

So the Wuhan coronavirus appears less infectious than SARS.

The risk of transmission for SARS was highest five to ten days into the illness. If people were isolated early on in their illness, after showing symptoms, they were unlikely to infect anyone else.

But one study showed it was possible to be infectious with the Wuhan coronavirus without showing symptoms. This raises the possibility of an infected person transmitting the virus to others without knowing they’re sick. This would make it much harder for health authorities to identify and isolate the infectious people and to control the outbreak.

What is Australia doing to reduce transmission?

State and territory guidelines advise GPs and hospitals to insist people suspected of the virus wear masks and are isolated as soon as possible. They should also call ahead to their GP practice or hospital, so precautions can be in place before their arrival.

If the virus started to spread in Australia, which is unlikely, health authorities would likely advise people to avoid large gatherings and ensure they washed their hands frequently.

Read more: Are you in danger of catching the coronavirus? 5 questions answered

There is a role for masks when going to public places but their effectiveness depends on the type of mask, the duration it’s worn, and how well it’s fitted.

Researchers are currently working to develop a vaccine, but it’s likely to be many months before an approved vaccine is available.

This article was originally published on The Conversation on 26 January 2020 under a Creative Commons license. Read the original article.