The wisdom of our future PM? Abbott’s top 5 verbal gaffes

FEATURE | If the polls are to be believed, Tony Abbott will become the next Prime Minister of Australia at the next federal election. Abbott has become renowned for his verbal gaffes, and POPPY DAMON has compiled a list of his five best (or worst).

by Poppy Damon
in Entertainment, News 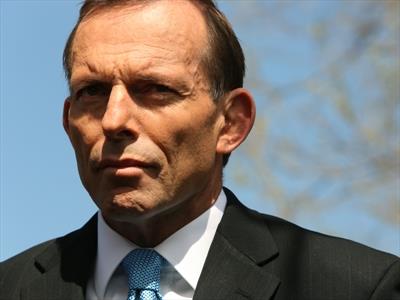 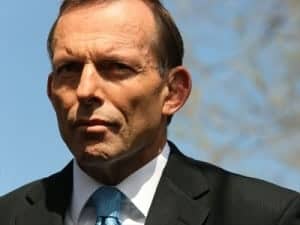 Australian leaders don’t seem to be able to avoid putting their foot in it. Whether it is Kevin Rudd talking about how he “survived Kokoda” or Alexander Downer’s infamous reference to domestic violence as “the things that batter”, our pollies always seem to get a little tongue-tied. In recent years we have had to look no further than federal Opposition Leader Tony Abbott for awkward linguistic moments.

Here are our favourite Abbott stuff-ups over the years:

1. You’re not saying anything Tony…

Ironically enough, Tony was attempting to sooth the uproar from another verbal gaffe when this one took place. He was caught on camera making the flippant remark that ‘shit happens’ when discussing the tragic death of Lance Corporal Jared MacKinney, who was shot dead in a battle with Taliban insurgents in 2010, Tony managed to make things even worse. When probed on national television by Mark Riley, poor Tony seems to ‘zone out’ and totally blank. The video has subsequently gone viral, Mark Riley flatly saying ‘you’re not saying anything Tony’ becoming a house-hold catch phrase. Maybe he was scared of saying the wrong thing, ‘you say it best when you say nothing at all’ and all that…

2. The Gospel Truth: We love you Kerry O’Brien

Tony gave the worse defence ever heard when asked by Kerry O’Brien on ABC’s 7.30 Report, why he seemed to have changed his mind on implementing a new tax. He defended himself by saying that, when asked questions without his notes, it couldn’t be taken as the ‘gospel truth’ and that the only statements we should trust are those that are scripted. Abbott sheepishly claimed ‘we all’ misspeak sometimes and get carried away. Maybe you’re right Tony, but as Kerry so brilliantly remarks in response, though we may all make mistakes not all of us are an aspiring leader of the country!

3. Have you ever done the ironing Tony?

During a visit to a Queanbeyan dry cleaning business Tony said that the cost of an emissions trading scheme would hit “housewives” who used electricity to iron. Thanks for painting that in a real picture for us Tony, we didn’t understand the scheme before you put it in terms we women could understand. And here we were thinking it was about environmental policy. For all Abbott’s controversial comments about women, one would need a lot more space, but then again what can you expect from a man who for a long while didn’t support maternity pay, said abortion was the ‘easy way out’ and told Women’s Weekly his daughters virginity shouldn’t be given away lightly. Luckily Gillard has called him up on all these related controversies, in a video which later went viral.

4. Doing your homework: Have you read BHP’s statements?

Leigh Sales, probes Abbott about whether the mining tax has affected investments, specifically the Olympic Dam in South Australia. When asked whether he read the statements in question, he says no. Sales can’t stifle a laugh, and neither can we! Do your homework before you go on national television Tony! Don’t you pay people to do your homework for you?

This week, Mr. Abott was in Launceston campaigning with the Liberal candidate for Bass, Andrew Nikolic. When asked at a media conference to name the candidate who was to run against Independent Andrew Wilkie in Hobart, Tony admitted he couldn’t remember that it was Tanya Denison.

Luckily, Tanya seems not to have taken it to heart, tweeting this morning:
Amused @tonyabbottmhr forgot my name, happens to all of us. But now considering changing my name to something more memorable. #politas
– Tanya Denison (@Denison4Denison) July 16, 2013

Maybe change your name to ‘boat people’ Tanya, that seems to be a phrase, Tony can’t get enough of…