Uncovering UzÃ¨s | A hidden jewel in the South of France

CHARLIE INGLEFIED avoids the crowds in the South of France by uncovering the secret delights of UzÃ¨s, nestled in the sparse valleys of the Gard region between Languedoc and Provence. 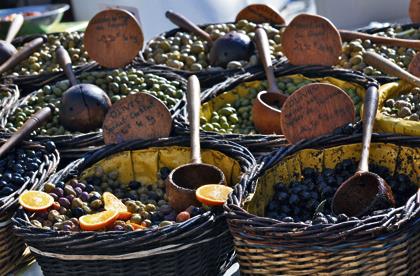 SPRING has finally arrived in Geneva and the woollies and ski gear have been put away for the next six months.  As a resident of Geneva, we have the locational advantage of having the south of France on our doorstep, and a summer weekend away which continually beckons. Soon, St. Tropez will be awash with rich sixth-formers wanting to get a peek at Beyoncé basking on the back of her husband’s yacht and maybe an outside chance of a £10 Guinness with Bono and his entourage.

However, my trips will be to see my in-laws close to Nimes, who live in a traditional working class farmers’ village, Brouzet Les Ales. I say nearly Provence because they are in Gard nestled between the Languedoc and Provence regions, thankfully well away from middle England tourists who inhabit this part of the world in the hope of seeing a truffle or two and their dream cottage in the Luberon. 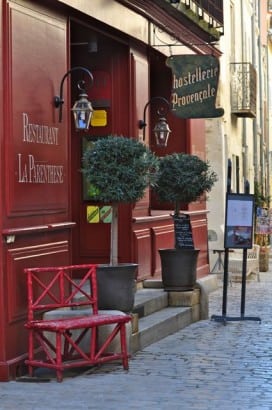 Once one has survived the Russian roulette of the autoroute which leads from Geneva towards Lyon and then Marseille, being very careful not to get between an angry Frenchman and his dinner, the drive becomes very picturesque.

There are many attractive medieval hamlets and villages which make up this part of France housing the likes of St Siffret, St Quentin-la-Poterie, Avignon and UzÃ¨s. The latter is rarely mentioned on a tourist guide map and thankfully so – given the hidden delights that emerge for the unsuspecting visitor.

UzÃ¨s is cosily nestled into the sparse valleys of the Gard region and dates back to Roman times. As early as the 5th century, UzÃ¨s provided water for the city of Nimes via what is the spectacular Pont Du Gard, a remarkable feat of engineering and still very much intact today.

As you approach from the northern part of the town, the imposing Cathedral looms up as a towering beacon to the valley below. UzÃ¨s is a maze of cobbled walkways and enticing alleyways where getting lost is the intention. Many a lazy hour can be spent wandering the streets, peering into antique shops or stopping for a glass of rouge.

If you are feeling peckish there are plenty of delicious restaurants to choose from whilst people watching around the old town square. Most routes will lead through to the Duche, one of the first castles to be built in France and a historic landmark in these parts.

Making it to market

A real highlight is to catch market day either on Wednesday or a Saturday. It is all hustle and bustle in the old town square, where you can either purchase a trout slaughtered before your very eyes or sample the local honey and tapenade.

The Uzezians come out to discuss the latest football results over a glass of pastis and the ritual slicing and dicing of a poissonerie selling swordfish and butchers loudly proclaiming their chickens. There is a rich, rustic feel to UzÃ¨s perhaps best emphasised by the architecture in the town. Everywhere there are ageing but nostalgic buildings with shutters coloured in musket brown to dark green, there is continual excited chatter amongst the locals and sumptuous smells coming from within the restaurants and houses. 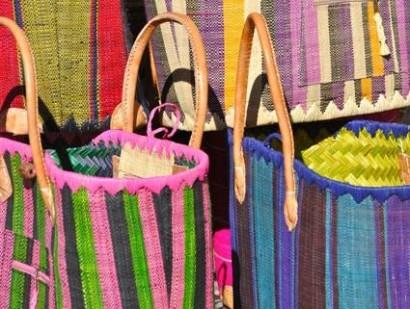 The art of truffle hunting

One recommendation is to visit ‘La Maison De La Truffe’, home to a wonderful truffle dog (they don’t come cheap, these canine experts can be bought for £10,000) and a charismatic owner who lives and breathes the infamous truffle.

The art of truffle hunting is taken very seriously in France; a truffle sauce can add the piece de resistance to many dishes in the finest eateries in France and Europe for that matter. A truffle tainted accompaniment can add a couple of hundred euros to your plate if you are not careful.

Specially trained dogs are required to dig up these ugly roots but the pride of one’s truffle outlay has led to century-long village rivalries and I daresay wars due to jealous farmers wanting to get one over their counterparts. There are even festivals dedicated to the truffle throughout France every summer. This is serious business, proven by the eagerness of the otherwise adorable dog who started to eat my shoe – perhaps he mistook them for a truffle.

Keen to see what all the fuss was about, we were allowed a hallowed taste of some truffle oil on a slice of baguette and as uncouth as my pallet maybe I just couldn’t taste the magic. That is why the French will always rule the roost over we English when it comes to the kitchen.

No visit to UzÃ¨s can be complete without going to the Cathedral. Perhaps I am being slightly biased because I had the fortune of getting married there. You will more than likely come across a snappy old woman or two at the entrance, they are a hazard, as I was to find out during my wedding service a few years earlier. They continually stalked the outside of the pews to where our congregation was seated, looking for collection money and making sure that our friends behaved themselves. I know we are English but really.

UzÃ¨s is ideal for a weekend stop on the way to more established parts of Provence or a passage through the Gard region taking in the likes of Avignon and Nimes. The food is delicious, the wine is addictive and the shopping a pleasant surprise. You can get by without paying a fortune for the privilege of seeing this part of France.

Crucially you feel that the centre of UzÃ¨s has not changed in a hundred years and in this day and age of travel that is very comforting.