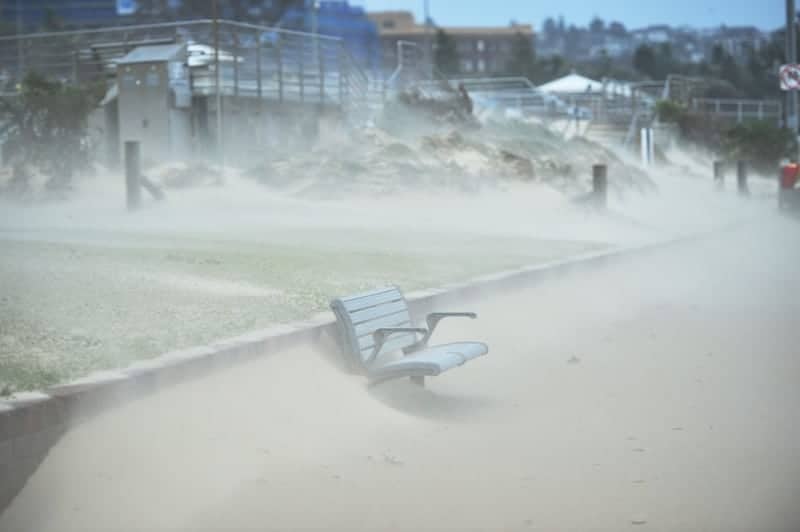 Sydney and the broader NSW coast can expect another wild night according to the Bureau of Meteorology’s latest forecast. This follows 24 hours of gale force winds which reached up to 135km/h, heavy rain and damaging surf.

At least three people are reported dead, with power cut off to over 200,000 homes, due to the cyclonic storms.

This afternoon the bureau issued a severe weather warning for damaging and locally destructive winds, heavy rain and damaging surf for the Metropolitan, Hunter and Illawarra districts.

Senior meteorologist at the bureau, Sean Carsons, said they expect a gradual easing and not a quick clearing trend.

“Certainly we hope by sunrise tomorrow morning that we’ll see an easing trend as this low is forecast to move a bit further off the coast,” Carsons said.

“One thing that stands out and pushes it beyond that one is the duration of the strong winds,” he said.

“Effectively, we’re had 24 hours of near-damaging wind strength for Sydney and the Hunter coast, where as during the Pasha Bulker time, it was a much shorter span.”

TOP IMAGE: A wooden bench is covered in sand whipped up by strong winds at Bondi Beach in Sydney on April 21, 2015. Sydney and surrounding areas were lashed by wild weather with trees felled, thousands of homes without power, schools shut and huge sea swells that hampered cruise ship movements. (PETER PARKS/AFP/Getty Images)