STORMS: An Aussie knight in a black wetsuit jumped on his surfboard to save five stranded horses.

Steve Spowart paddled out into flood waters near Dungog, New South Wales on Wednesday to rescue his five Arabian horses. 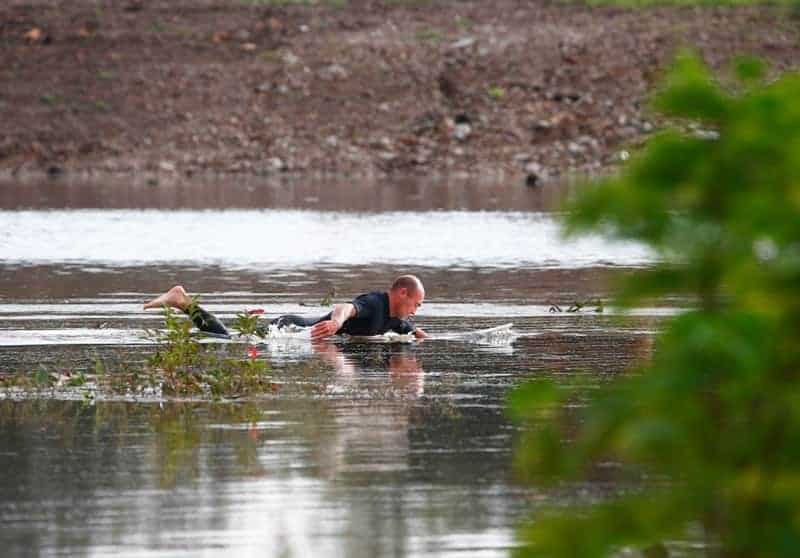 Spowart paddled out to where the horses were stranded on his surfboard, carrying ropes and reins. 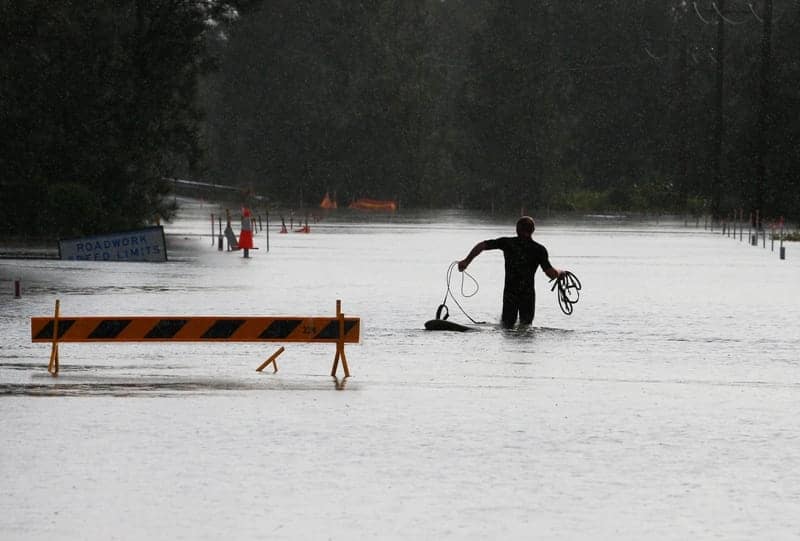 The horses were visibly distressed. Some were even stuck behind barbed wire. Steve’s heroic act perfectly illustrates the plight of thousands of Aussies affected by the huge storms which have struck NSW, and the connection between a man and his animals. 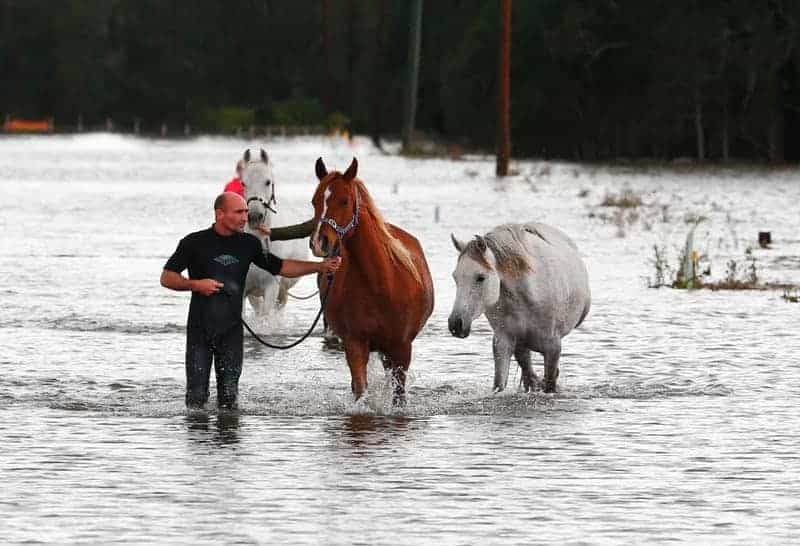