Statue of Matthew Flinders, who put ‘Australia’ on the map, to be unveiled in London

Prince William will reveal the statue of Matthew Flinders who was the first to circumnavigate the great southern land and map the entire coast of Australia. 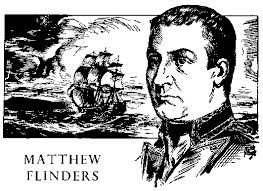 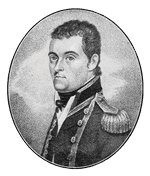 A statue of Matthew Flinders (pictured) will be unveiled this week and set at one of London’s busiest rail stations.

Flinders was an English cartographer and commanded the first ship to travel completely around Australia.

The statue created by UK sculptor Mark Richards will be unveiled by Prince William during a ceremony on 18 July 2014 at Australia House in London.

The sculpture, which depicts Flinders over a map of Australia, commemorates the man who between 1801 and 1803 circumnavigated Australia and helped popularise the continent’s modern name. The work also marks 200 years since Flinders’ death in 1814, just one day before the publication of his account of the journey A Voyage To Terra Australis which included his map titled Terra Australis Or Australia – the first completed and published map of the the island continent (below). 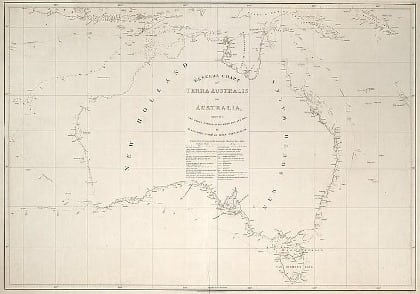 The spot for the statue at Euston Station was chosen as it is believed to be Flinders’ last resting place.

Announcing the statue’s commission in 2013, Australia’s then High Commissioner to the UK, Mike Rann, said Flinders was, “central to the Australian story and to our identity”.