Emma Parkinson speaks about her ordeal in Bataclan Theatre on night of Paris terror attacks.

The young Australian woman shot during the Paris terrorist attacks has spoken about her night of horror.

In an interview with 60 Minutes to be aired this Sunday, Emma Parkinson tells of the moment she realised gunmen had entered the building, being shot and then making her miraculous escape.

The 19-year-old from Hobart was at letting her hair down at the Eagles of Death Metal gig in central Paris’s Bataclan Theatre when the terrorists began shooting in to the crowd.

It is understood that 89 people were brutally murdered in the tragic chaos at the concert during the night of terror.

60 Minutes reporter Ross Coulthart, who interviewed Parkinson for Sunday’s broadcast, described her as “extraordinarily composed” for someone who had been shot in the attacks.

“She’s really got it together,” he told 9news.com.au

“She’s laughing and cracking jokes and really coming to terms with the scale and enormity of what happened to her.” 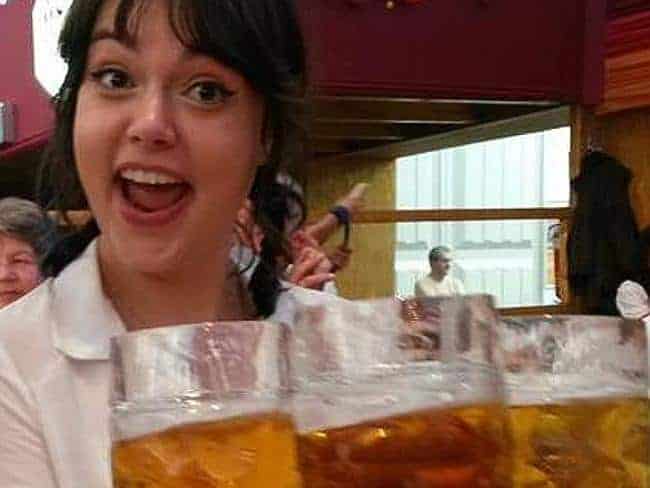 He has described her telling of the moment she and others in the crowd realised they were being fired upon, and then being shot.

“She falls to the floor and after a few seconds lying on the floor, somebody says ‘run!’.

“She gets up with a few other people and as she’s climbing over a small wall or ledge on the edge of the room, her body’s over the top of a wall and she feels a slap on her thigh and it turns out she’s been shot and the bullet has gone straight through her.”

Parkinson tells Coulthard that she somehow found her way to an adjoining building, trying to escape the assassins.

“She’s bleeding, there are dozens of other people in the same stairwell in the building, she’s absolutely stricken with fear and terror the killers are going to come up those stairs,” Coulthart said.

“All through those two hours there’s machinegun fire from outside and the sobs and screams from people around her who have all been shot.”

According to 60 Minutes Executive Producer Tom Malone, Parkinson is not profiting from the interview, however a donation is being made to the Red Cross.

“Emma wanted to tell her story once, in a personal setting, and then get on with her recovery in private,” Malone says.

Parkinson was shot in the hip by one of the Bataclan Theatre terrorists. Following surgery, she has been released from a Paris hospital to recover.

Emma Parkinson was not the only Australian at the concert on the fateful night. John Leader has told the heart-wrenching story of how he and his 12-year-old son Oscar were lucky to escape with their lives.

After first hiding under the sound mixing desk, Leader became separated from his son in the frantic escape from the blood soaked venue, but they were later reunited.