Shorten may give Albanese a free shot at Labor leadership

Shorten indicates he would not run for the Labor leadership if Anthony Albanese wants the top job, in a bid to avoid more disunity and party destabilisation. 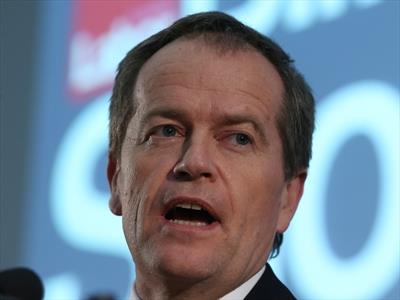 BILL Shorten has shown signs he would give deputy leader Anthony Albanese a free shot at the federal Labor leadership in a bid to express party unity and avoid further destabilisation.

Party sources say if Mr Albanese announces his bid to replace Kevin Rudd first, Mr Shorten would not want to create a contest by nominating himself for the top job.

It’s understood the former education minister favours a single candidate for the Labor leadership as an expression of unity to avoid the division and destabilisation of the last three years.

On Sunday, the former Australian Workers Union boss said his two criteria were his family and the need to get Labor’s rebuilding process right “from day one … (with) no rancour, no external discussions, no divisions”.

Earlier on Monday, another potential contender Chris Bowen ruled himself out of the race.

“I have decided I will not be a candidate for the leadership of the Labor party,” Mr Bowen told reporters in Canberra.

The NSW MP said he didn’t believe he was the best candidate but that he would fill any role the new leader asked of him, including that of shadow treasurer or deputy leader.

If there is only one candidate, only the Labor caucus will be involved in endorsing the new leader.

If there are two or more, a new party rule means the leadership would be decided in a ballot weighted 50 per cent to the caucus and 50 per cent to ALP grassroots members.

Mr Albanese would be likely to win the grassroots vote currently dominated by the Left.

Declining to endorse any contender, Mr Bowen said Labor needed a period of reflection but should not jettison its legacy of six years in government.

“We need to acknowledge and build on our strong record of economic growth in difficult circumstances,” Mr Bowen said.

The ALP is set to undertake a review of its 2013 election campaign.

Labor strategist Bruce Hawker said he took his fair share of the blame for the government’s loss, but added that Kevin Rudd’s comeback prevented a worse defeat.

“We saved the furniture,” he said.

“I think we paid the price for the personal animosities, the disunity of the last six years,” she said.

She said Labor’s field campaign had been a success, with 250,000 homes doorknocked and thousands of telephone calls made by an army of volunteers.

Ms McAllister said the next leader should be someone who could defend Labor’s legacy.

Former Labor leader Simon Crean, who retired at the election, is backing Mr Shorten for the top job.

Former treasurer Wayne Swan ruled himself out of being on the frontbench.

Another frontbencher mentioned as leadership material, Jason Clare, has ruled himself out of contention and is understood not to be interested in a deputy role either.

One high-profile member unlikely to be a contender is former foreign minister Bob Carr, tipped to retire as a NSW senator and be replaced by union boss Paul Howes. – AAP