Paris and London are on the itinerary for Bill Shorten's first trip as opposition leader. 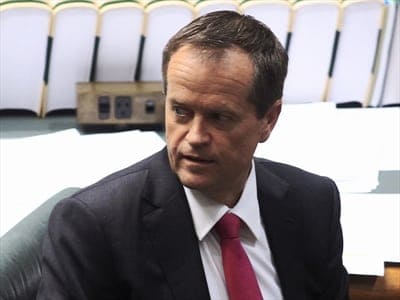 BILL Shorten is traveling to Paris and London on his first overseas trip as federal opposition leader.

Mr Shorten, who arrived in Paris overnight with his wife Chloe, will meet with OECD and UNESCO officials on a range of issues before heading to the UK.

In London, he will meet British Labour leader Ed Miliband, as well as the shadow foreign minister Douglas Alexander and the shadow minister for international development Jim Murphy.

Mr Shorten will deliver a speech to MPs at Westminster on Australia’s national disability insurance scheme and meet with Australia’s high commissioner to the UK, Mike Rann.

Senior analysts from ANZ Banking Group will brief him on economic and financial issues at a breakfast meeting.

The Labor leader will also attend a reception hosted by the ANZAC All Party Parliamentary Group at the House of Commons. -AAP