Shepherd’s Bush Walkabout to close its doors in October

Iconic Australasian themed pub Shepherd’s Bush Walkabout is set to call last drinks for the final time on 6 October, after the pub’s operator Intertain confirmed the property had been sold for an undisclosed sum. 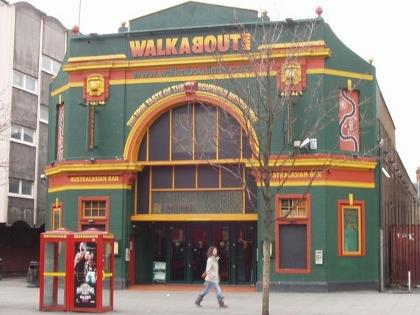 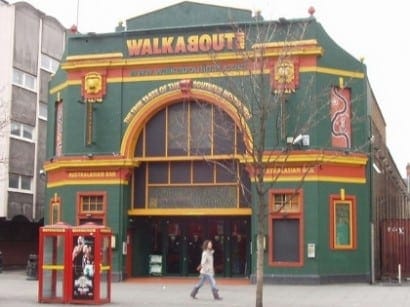 THE Shepherd’s Bush Walkabout will close its doors forever on Sunday, 6 October. The iconic Australian themed pub is calling last drinks after the venue’s operator Intertain confirmed the property had been sold for an undisclosed sum.

It is the end of an era for the ‘SheBu Walkie’, an institution which has long welcomed thirsty Australian backpackers and lonely expats through its doors with open arms.

Originally constructed as a cinema in 1910, the venue was converted to a pub/bar and opened its doors to the London Australian community and friends as a Walkabout in the mid-1990s.

Walkabout’s parent company Intertain placed the Shepherd’s Bush site on the market in July following a high level of interest in the site which it said encouraged them to explore potential sales opportunities.

“We appointed an agent to help us evaluate the approaches and we have now sold the site for an undisclosed sum,” a spokesman for Intertain told Australian Times.

The move came though after the venue fell foul of local authorities earlier in the year. As part of a drive to combat local crime, which many observers viewed as a veiled enforced gentrification programme, Hammersmith police forced the Shepherd’s Bush Walkabout to close for two Sundays in February. Thereafter, the bar had to restrict its infamous Sunday sessions with a policy of no-entry after 4pm and was asked to review its drinks and entertainment offerings.

Intertain now intends to use the proceeds of the sale to fund a program of refurbishments and future acquisitions of pubs under the Walkabout brand.

“The sale proceeds from Shepherd’s Bush will fund the refurbishments and kick-start the acquisition programme, creating hundreds of new jobs in the process,” said Intertain.

The closure of the Shepherd’s Bush branch leaves one remaining Walkabout serving the Australian community in London at Temple.

It has been a tough year for the old-guard of the Aussie and Kiwi community in London, with the original London Walkabout bar in Covent Garden serving last drinks in March, followed by the closure of the much loved Australia Shop in April and then TNT Magazine being put under financial administration earlier this month

Intertain paid tribute to the role the Shepherd’s Bush Walkabout had played in the Antipodean community over the past almost 20 years.

“Since we opened we have become famous for live sports, big nights out and our awesome Aussie atmosphere.

“We would like to thank all our customers for partying with us over the years; we hope you’ve enjoyed it as much as we have,” said Intertain.

With just sixteen days left of trading until the Walkie finally closes its doors, the pub is planning a number of events to say goodbye in style.

“As it stands you are now able to play your part in making the best of this tragic turn of events by attending the holy trinity of our final events,” the Walkabout told loyal customers in a newsletter.

Following the AFL Grand Final on 28 September, and the official closing party on 5 October, the last day of trading of the Walkie will coincide with the NRL Grand Final on 6 October.

“All bets are off that the 6th October might be a bit of a big day down in W12 as a chapter of expat Aussie/Kiwi/Saffa history is closed off,” said the pub.