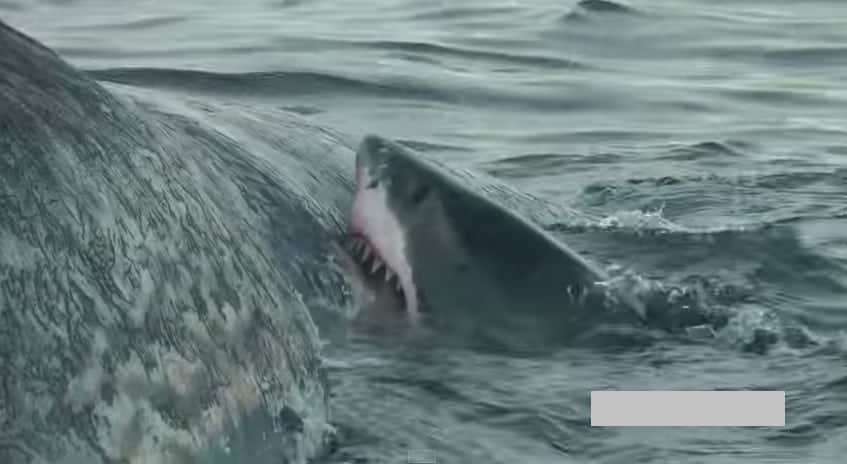 When Australian diver and underwater photographer Brett Vercoe and his wife came across a shark feeding frenzy they captured some  scary yet brilliant footage of sharks hacking away at the carcass of a dead sperm whale off the coast of Coffs Harbour, New South Wales.

The sharks, all more than four-metres long, flash their razor-sharp teeth as they gnawed and slashed into the dead whale.

This incident comes on the back of the news of a  bodyboarder who was mauled by a shark near Lennox Head on Thursday morning, while nearby a surfer was knocked off his board by a hungry shark on Friday morning.

Vercoe has filmed marine life off the NSW coast swimming for more than 25 years, with sperm whales, white pointers and tiger sharks being regular features in this videos and photo’s.

As Senior Marine Park Officer Vercoe is one of the only people in Australia who is legally able to get up close and personal with humpback whales and cetaceans.