The Queensland parliament’s ethics chief MP Peter Dowling has apologised for sexting his mistress and has stood aside from his role, pending an investigation. 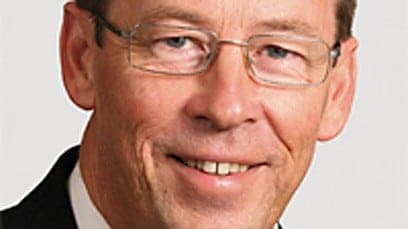 A QUEENSLAND MP who was caught with his penis in a wine glass is under investigation for having his fingers in the till.

Ethics Committee chairman and Redlands LNP MP Peter Dowling has been outed for having an extramarital affair and texting his mistress pornographic photos.

Mr Dowling, voice wavering, told parliament he has stood down from the committee until he is cleared of any wrongdoing.

He apologised to staff, the government, his wife of more than 25 years and two kids.

“I am sorry for the pain and embarrassment I caused you,” he said.

“I am not proud of the events plastered all over today’s paper and I cannot and will not defend any part of it.”

He confirmed to The Courier Mail that he was given more than $20,000 in free upgraded flights although he was not required by parliamentary rules to declare them.

The clerk of the parliament is investigating if Mr Dowling complied with parliamentary expenditure guidelines or failed to disclose all interests.

The clerk will consider if the matter needs to be referred to the ethics committee and the Crime and Misconduct Commission.

“In relation to the allegations made about the use of travel allowances, I can assure the House that I have complied fully with all the guidelines and requirements of the parliament,” he said.

“I don’t want pity. I only ask that my family be left alone while this matter is considered by the clerk.”

Premier Campbell Newman didn’t comment on the sexting but assured the house that the appropriate action was being undertaken.

He told parliament he was only made aware of the allegations at 5.30pm (AEST) on Monday.

Past Ethics Committee chief Alex Douglas, a former LNP MP now with the United Australia Party, said he and others in the parliament had known about the allegations involving Mr Dowling for some time.

It defied logic that the premier himself did not know, he said.

“The premier has got a huge staff and they trawl all the social networking sites. If they didn’t know about this, then they’re pretty slow,” he said.

“Allegations have been made that he’s taken advantage of his position and that’s the issue that needs to be investigated,” he said. – AAP