Schapelle Corby rumoured to have married

Schapelle Corby secretly married in jail a year ago? Since her release Schapelle Corby has not spoken to media, although reports have emerged she has tied the knot. 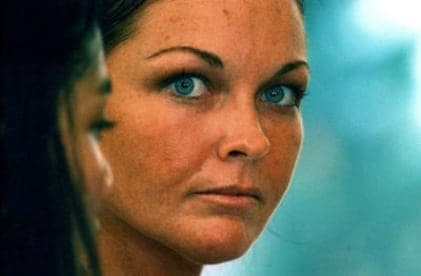 Schapelle Corby has spent her second day of freedom hiding in luxury, amid rumours of a secret marriage and the first photo of her unveiled face since her release.

While Corby was nowhere to be seen on Tuesday, speculation grew about when, and at what price, she will emerge.

Her sister Mercedes denied reports the drug smuggler has been paid up to $2 million by the Seven Network for her story, while a women’s magazine is said to have paid $20,000 for the photo of her without the veil she wore when released from Kerobokan jail on Monday.

The photo on the Woman’s Day website shows Corby celebrating her freedom, clinking beers with her brother Michael at the luxurious Sentosa Seminyak resort, reportedly at a party on Monday night.

The magazine, which is aligned with the Nine Network, says the picture was supplied.

The photo of a woman looking away from the camera is accompanied by a story claiming she secretly married former fellow Kerokoban inmate Ben Panangian in a secret ceremony last year.

As media camped outside the Sentosa spa, Seven journalist Mike Willesee, who is also staying at the resort along with Corby, denied reports money has changed hands for the story.

Mercedes Corby also denied the claims, but suggested Seven had the front running for an exclusive.

“Recent media reports about payment to Schapelle for an interview are completely wrong,” she said.

“The sums being reported are ridiculous. If Schapelle feels she wants to tell her story to the Australian public she will do it with someone she trusts.

“It was never a matter of going with the highest bidder.

“This choice was made easier with Channel Nine broadcasting a film, based on the book Sins of the Father, which is full of false allegations and which we are taking defamation action against.”

Willesee said the interview was not a sure thing and was taking time to organise.

“As I understand it, Schapelle needs some time to chill out,” he said.

He also rejected the $2million claims.

“The published figures are way silly. They’re false,” he said.

News of the alleged deal with Seven drew the ire of one of the network’s high profile presenters David Koch, who told his morning audience his employer should have nothing to do with her.

“It sends all the wrong messages on drugs for a convicted trafficker to be paid for her story,” Mr Hockey tweeted.

Corby, 36, was released on parole from Bali’s Kerobokan jail on Monday morning after serving nine years for smuggling 4.2 kg of marijuana to Bali in 2004.

IMAGE: ** FILE ** April 28, 2005 file photo of Schapelle Corby at the Denpasar District Court for her sentencing submissions (AAP Image/Mick Tsikas). The original image of Corby from the Woman’s Day website, as supplied by AAP, posted with this article has subsequently been removed at the request of AAP due to legal concerns.