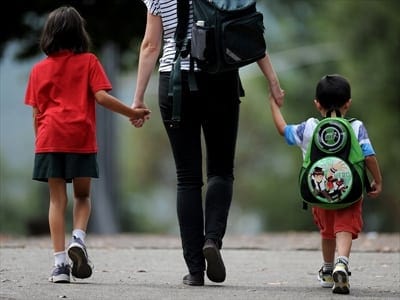 Tony Abbott’s pared-back paid parental leave scheme may still struggle to clear parliament after the Greens signalled only conditional support for the policy.

After months of sticking by his signature policy, Mr Abbott blamed his backdown on the need to spread the burden of restoring order to the federal budget, which he said was facing a “debt and deficit disaster”.

“I don’t want any sectors of the community to feel they are getting special privileges,” he told reporters on Wednesday.

Mr Abbott said the expenditure review committee, of which he is a member, had made the decision to trim the scheme earlier this week.

As late as Tuesday, however, he said the government was “absolutely committed” to his policy.

The prime minister has faced opposition from within the coalition over the generosity of the policy, with calls for him to cut the threshold or scrap the scheme altogether, and threats that some may cross the floor.

The decision is likely to appease critics inside the coalition, especially Nationals MPs who believed the scheme was too generous and discriminated against stay-at-home mums.

While the new threshold matches the previously stated policy of the Greens, the minor party now wants the government to guarantee the scheme is affordable.

That means it has to be fully funded from the planned 1.5 per cent levy on big business.

“We will not see this scheme funded by touching other areas of the budget,” deputy leader Adam Bandt said.

With few women earning $150,000, it’s unlikely the new threshold will save the government much from its original $5.5 billion cost.

The Greens are also demanding Mr Abbott prove his policy has the support of cabinet and coalition MPs.

Without backing from the Greens, the scheme won’t get through the Senate.

Labor certainly won’t support it, reiterating its opposition to what it has previously labelled a “gold-plated” scheme.

“$50,000 is … a lot of taxpayers’ money to be paying to people who don’t need it, who have plenty of money themselves,” opposition families spokeswoman Jenny Macklin said.

She said Mr Abbott had been forced into an embarrassing backdown, and no amount of tinkering would change the scheme’s fundamentally unfair principles.

Advocacy group The ParentHood welcomed the decision to lower the salary cap but said it would do little to save the government money.

It would prefer to see funds re-directed to affordable child care because it would support parents longer than the first six months of a child’s life.

Commissioner Kenneth Hayne delivered 76 recommendations to reform the industry in February 2019. Almost two years on, the government has...

Growers in southern Queensland the latest to express concern as incentive programs attract only 500 applicants for thousands of seasonal...