Russell Crowe has once again voiced his political opinions on Twitter, asking Malcolm Turnbull in a tweet to consider his destiny as the 'most trusted politician in our country'. 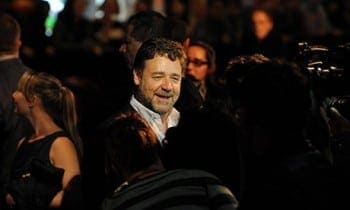 RUSSELL Crowe has declared his support for Malcolm Turnbull on Twitter, asking him to consider challenging for the leadership of the Liberal Party.

In a tweet to his 1,103,366 followers Mr Crowe said destiny was calling for “the most trusted politician in our country”.

Dear Malcolm Turnbull, I am a union member, a tax payer. You are the most trusted politician in our country, destiny calls. Please consider.

@russellcrowe thanks Russell! You are very generous to your local member.

Bullshit & party politics aside…M. Turnbull would be a great prime minister… Julia G is my choice though . Leader through tough times.

At the time Russell Crowe told the 7.30 Report his tweet had been a response to what he saw was a lack of gallantry in Australian politics.

“I think there’s just a lack of gallantry that has crept into not just politics but the way politics is reported,” Crowe said.

“And I think it gives license to a type of hater that will only further reduce the quality of our lives. The better the politicians that we have in place the better our society is going to be – the better all of our lives are.”

The Hollywood actor has a house in the suburb of Rose Bay, located in Mr Turnbull’s Wentworth electorate. However, as Twitter users pointed out, Mr Crowe is unable to vote in the next federal election as he is not an Australian citizen.

But Mr @russellcrowe you’re not an Australian citizen, so you can have an opinion, but you can’t vote

Mr Crowe expressed his anger at his inability to be awarded Australian citizenship, despite arriving in Australia from New Zealand as a four-year-old in 1968.

@[email protected] I don’t get a vote, but I will have an opinion. Been a labour supporter all my life, right now we need a statesman