Prime Minister Kevin Rudd has likened the ever worsening civil war in Syria to past atrocities, warning the world would be judged for inaction. 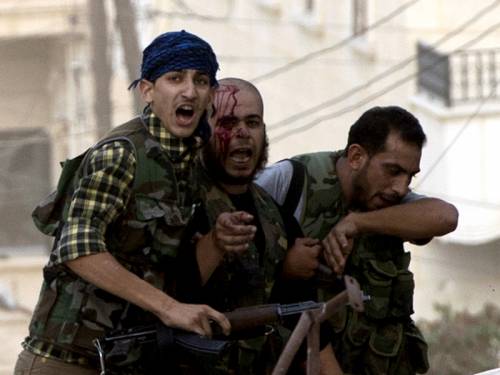 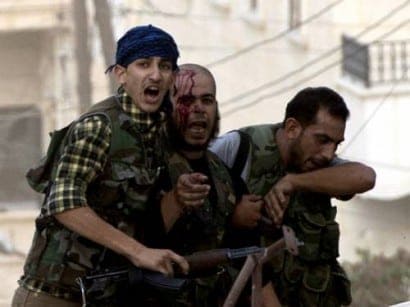 PRIME Minister Kevin Rudd says the world cannot turn a blind eye to the crisis in Syria, as the likelihood of a military strike against President Bashar al-Assad’s forces grows by the day.

Mr Rudd on Tuesday spoke with US President Barack Obama about how to deal with the “unfolding humanitarian disaster” in Syria, as the US builds a moral and legal case for military action against the Assad regime.

The US says the “undeniable” use of chemical warfare has shattered humanitarian norms, leading to a growing sense in Washington that operations against Syria’s forces are now inevitable.

But as US warships reportedly position for a strike, the Greens are urging Mr Rudd to work towards a consensus rather than pre-emptive action when Australia soon assumes a key role at the UN.

The prime minister said President Obama was considering his options about how to respond to the “world’s greatest political crisis”.

“This is a crisis of historic proportions. It is not just one of these crises that happen,” Mr Rudd said.

Alluding to the 1995 massacre in Srebrenica and the 1994 genocide in Rwanda, Mr Rudd said the international community would be judged poorly if they didn’t stop the slaughter in Syria.

He and the international community were increasingly certain the Syrian regime used chemical weapons in a deadly attack on civilians near Damascus last week.

Syria will be top of the agenda when Australia takes over the presidency of the United Nations Security Council on Sunday.

Greens leader Christine Milne said Australia needed to play a key role investigating who was behind the chemical attack, warning a military strike would be a mistake without first knowing the facts.

“The Australian government should work for a consensus to have a referral to the international criminal court,” Senator Milne said, adding that working with Russia and China would be crucial.

While a UN Security Council resolution authorising force would likely draw a Russian veto, the precedent for action by an international coalition without such a mandate was set by the 1990s Kosovo conflict.

The Obama administration has made clear it won’t be going alone, and already has Britain and France on board. – AAP